Senators John McCain, Jeff Flake, and Lamar Alexander called on Secretary of Defense Ashton Carter to reconsider his decision to... 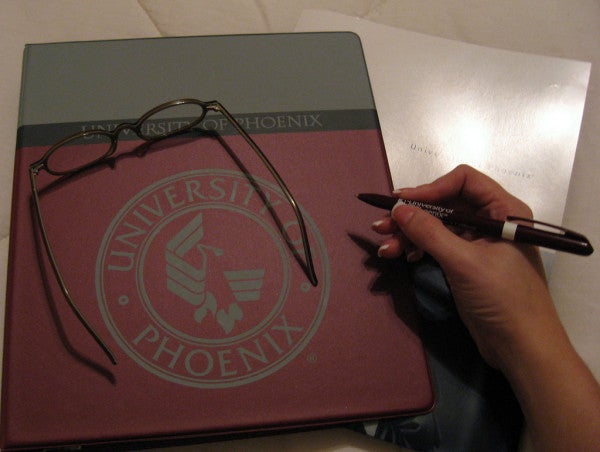 Senators John McCain, Jeff Flake, and Lamar Alexander called on Secretary of Defense Ashton Carter to reconsider his decision to put the University of Phoenix on probation for alleged violations in its recruitment practices, in an Oct. 23 letter.

All three senators have received campaign contributions from the university’s parent company, Apollo Education Group, according to Republic Report. The company was the largest donor to both Flake and Alexander in the most recent election cycle. Alexander is the chairman of the Senate committee overseeing policy education. Additionally, in 2014, Alexander received $10,000 from Apollo and Flake received $10,500 from the company in 2012 .

The Pentagon took action against the University of Phoenix earlier this month after the Center for Investigative Reporting found evidence of deceptive recruiting tactics and violations of regulations. The university is also embroiled in an ongoing investigation by the Federal Trade Commision and the California attorney general.