The VA Will Now Pay For Robotic Legs For Veterans

For paralyzed veterans with spinal cord injuries, a new technology involving robotic legs may allow them to walk again, according... 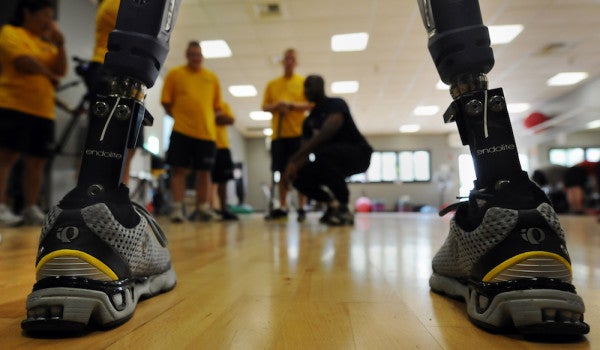 For paralyzed veterans with spinal cord injuries, a new technology involving robotic legs may allow them to walk again, according to The Associated Press.

Paralyzed veterans have been sending letters to Veterans Affairs Secretary Robert McDonald this summer, and on Dec. 10, VA officials sent a memorandum outlining plans to train staff to fund the technology.

The device, which is made with a brace with motion sensors and motorized joints that respond to subtle changes in upper-body movement and shifts in balance, was approved by the U.S. Food and Drug Administration in 2014.

According to Ann Spungen, who led VA research on the system, “The research support and effort to provide eligible veterans with paralysis an exoskeleton for home use is a historic move on the part of the VA because it represents a paradigm shift in the approach to rehabilitation for persons with paralysis.”