Around the holidays, package deliveries increase exponentially, and unfortunately, so does looting. When his Las Vegas neighborhood fell victim to... 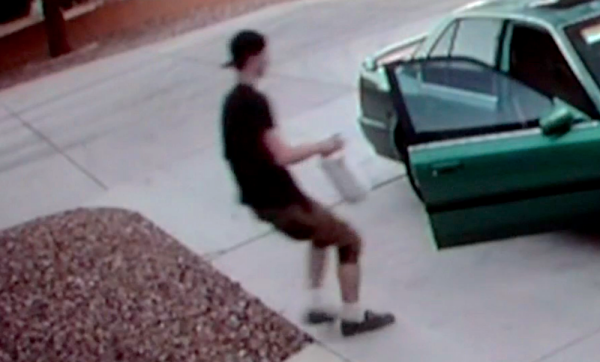 Around the holidays, package deliveries increase exponentially, and unfortunately, so does looting. When his Las Vegas neighborhood fell victim to package thieves, 38-year Army veteran Eric Snow decided he wasn’t going to take their shit.

Wanting to send a strong message, he set a trap that the thieves would not forget: A box of “presents” from Heidi, his 95-pound German Shepherd.

“We decided to put out the bait package,” he told Bakersfield Now, adding, “I stuffed it full of reprocessed dog chow,” Snow said, craftily avoiding the word “poop” with a grin.

After setting the package outside, he waited in the house, camera at the ready. Not long after, two men arrived in a beat-up green sedan and hastily snatched the box right off Snow’s driveway.

“I thought it was hilarious,” neighbor Sandra Goodwin said. “Hopefully these people will realize that we're tired of them.”