When World War II came to a close, the United States put up roughly $120 billion in today’s dollars to... 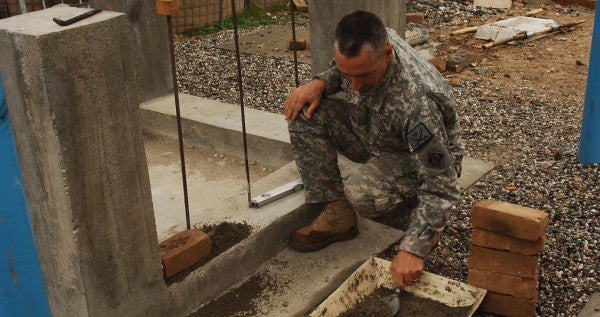 When World War II came to a close, the United States put up roughly $120 billion in today’s dollars to rebuild Europe under the vaunted Marshall Plan. That still-celebrated project not only restored much of the continent physically after the war’s ravages, it also launched an era of economic prosperity that modernized much of the developed West.

Afghanistan is a different story.

“Adjusted for inflation, American spending to reconstruct Afghanistan now exceeds the total expended to rebuild all of Western Europe under the Marshall Plan,” military historian Andrew Bacevich writes in a New York Times op-ed published Monday. He goes on:

For this, over the past 15 years, nearly 2,400 American soldiers have died, and 20,000 more have been wounded… Why has Washington ceased to care about the Afghan war

The answer, it seems to me, is this: As with budget deficits or cost overruns on weapons purchases, members of the national security apparatus — elected and appointed officials, senior military officers and other policy insiders — accept war as a normal condition.

Since its launch in October 2001, Operation Enduring Freedom and its successor, Operation Freedom’s Sentinel, have run up a tab of $686 billion, with $113 billion going toward reconstruction since 2002. Adjusted for inflation, that figure exceeds the Marshall Plan’s $120 billion, according to a 2016 report from the inspector general.

And the United States’ objectives are nowhere near completion in Afghanistan.

“To have any hope of surviving, the Afghan government will for the foreseeable future remain almost completely dependent on outside support,” Bacevich writes. “The United States has invested $70 billion in rebuilding Afghan security forces, only 63% of the country’s districts are under government control, with significant territory lost to the Taliban over the past year.”

The country continues to face widescale corruption, and will continue to rely on military aid. Most recent estimates put U.S. troops deployed to Afghanistan at 8,400, but Defense Secretary Jim Mattis will soon set new troop levels.

The U.S. objective in Afghanistan “is the same now as it was in 2001: to prevent terrorists from using the country's territory to attack our homeland,” write Sen. Lindsey Graham and Sen. John McCain in a March 14 op-ed for The Washington Post. “We seek to achieve this objective by supporting Afghan governance and security institutions as they become capable of standing on their own, defending their country and defeating our common terrorist enemies with less U.S. assistance over time.” If Bacevich’s analysis is anywhere near correct, our kids may be chasing those same objectives years from now.