The United States has spent $714 billion on a war it’s losing. That’s according to the latest quarterly report from... 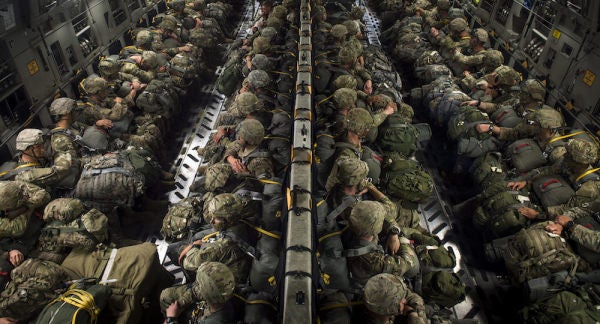 The United States has spent $714 billion on a war it’s losing.

That’s according to the latest quarterly report from the Special Inspector General for Afghanistan Reconstruction, its 36th on the subject in the more than 15 years since the U.S. military invaded Afghanistan after the September 11th, 2001, attacks. An estimated 86%, or $675 billion, was doled out by the Department of Defense — a particularly alarming figure, given that Secretary of Defense James Mattis declared on June 13 that the armed forces “are not winning in Afghanistan right now, and we will correct this as soon as possible.”

Given that the national public debt has soared thanks to expenditures on the Forever Wars in Iraq and Afghanistan, a hefty bill should surprise no one — but the examples of waste, misappropriation, corruption, and outright incompetence should infuriate every taxpayer. Let’s take a look at where your hard-earned money goes, shall we?

This problem is only going to get worse: Afghanistan's own domestic revenues declined nearly 25% over the last year and only covered about 40% of total government expenditures, leaving the U.S. to fill in government coffers. But SIGAR’s investigations this quarter earned more than $5.5 million in savings for the U.S. government, so there’s an upside, I guess!