“Between 2001 and 2017, U.S. government efforts to stabilize insecure and contested areas in Afghanistan mostly failed.” That’s the main... 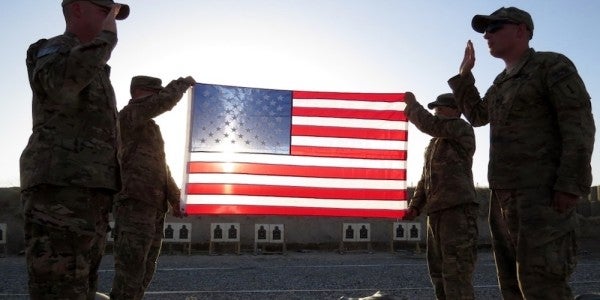 “Between 2001 and 2017, U.S. government efforts to stabilize insecure and contested areas in Afghanistan mostly failed.”

That’s the main conclusion in the latest “lessons learned” report to Congress from the Special Inspector General for Afghanistan Reconstruction (SIGAR). After 16 years, nearly 2,400 U.S. service members killed, and untold billions spent, the U.S. government is no closer to achieving the “peace and freedom” that President George W. Bush promised would prevail in Afghanistan when he announced combat operations there in October 2001.

The reason? The United States basically made the same mistakes it made in Iraq, according to SIGAR chief John F. Sopko: the government “greatly overestimated its ability to build and reform government institutions,” mainly because the U.S. programs for rebuilding Afghan civil society “were not properly tailored to the Afghan context, and successes in stabilizing Afghan districts rarely lasted longer than the physical presence of coalition troops and civilians.”

When the U.S.-led coalition handed over control to the Afghan government in 2014, he added, “the services and protection provided by Afghan forces and civil servants often could not compete with a resurgent Taliban as it filled the void in newly vacated territory.” Just as ISIS filled the void left by the U.S. withdrawal from Iraq (and the ongoing civil war in Syria), the Taliban and other militant groups easily returned to Afghanistan. Now, nearly 17 years after the U.S. invasions, nearly half of country’s districts are contested.

Here are the critical bits from the latest SIGAR report:

One last key point: In its timeline of U.S.-led stabilization efforts, the SIGAR report notes that President Barack Obama’s 50,000-troop surge in 2010 in the service of an aggressive and explicit stabilization strategy and set withdrawal timeline “had a profound and harmful impact on countless downstream decisions regarding stabilization planning, staffing, and programming.” Say what you will about President Donald Trump’s emphasis on a conditions-based approach to the Afghan War laid out in 2017; according to SIGAR’s assessment, it’s a far more practical approach to the U.S. military presence there than a time-based one, no matter how depressing that may be.

“Between 2001 and 2017, U.S. government efforts to stabilize insecure and contested areas in Afghanistan mostly failed.” That’s OK: Maybe the next 16 years will be better!

Stabilization: Lessons From The US Experience In Afghanistan