The Taliban celebrated the conclusion of a three-day ceasefire with Afghanistan's security forces on Wednesday by launching a brutal attack... 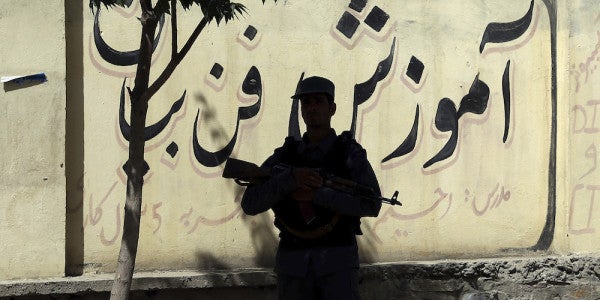 The Taliban celebrated the conclusion of a three-day ceasefire with Afghanistan's security forces on Wednesday by launching a brutal attack against an Afghan military base in the western part of the country, killing 30 soldiers and occupying the installation, officials told Reuters.

According to a report by the Special Inspector General for Afghanistan Reconstruction (SIGAR), the Afghan government controlled some 229 districts (56%) across Afghanistan, with 59 (14%) controlled by the Taliban and 119 (29%) contested.

Now, it looks like the Taliban may be able to move another district into its column; why would they even bother with suing for peace?