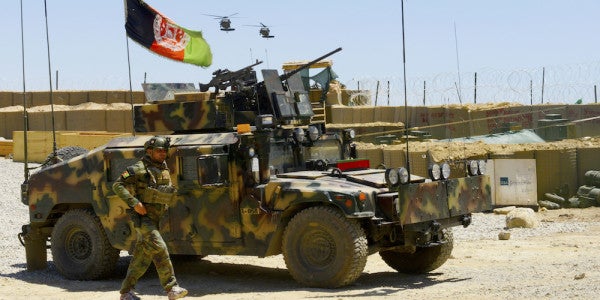 U.S. Army Special Forces and Afghan commandos have captured a major ISIS stronghold in Afghanistan, defense officials told Stars and Stripes on Saturday, effectively depriving the terror group of its local capital in one of the largest joint operations ever conducted between U.S. and Afghan special operations forces.

It's worth noting that the victory came following a month of ASSF-led raids against ISIS-K fighters in Deh Bala initiated explicitly to take advantage of the June ceasefire between the Afghan government and the Taliban. Indeed, Resolute Support and U.S. Forces – Afghanistan commander Gen. John Nicholson announced that month that operations against ISIS-K “will be intensified” during the Taliban ceasefire period.

But this critical blow to Afghanistan likely won't presage an uptick in ceasefires between the Afghan government and the Taliban. “All the people feel very happy about the elimination of ISIS,“ Ghulam Sakhi, an Afghan security forces commander involved in the offensive, told Stars and Stripes through an interpreter. “As soon as ISIS is finished, the Taliban will come back. They were scared of ISIS.”