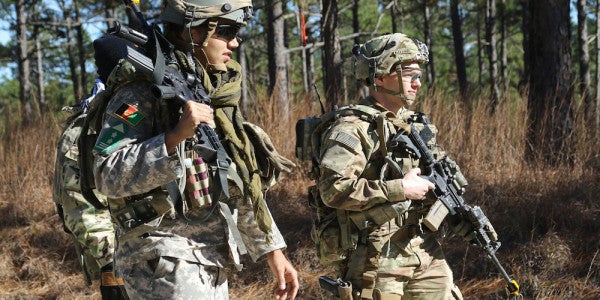 The Army's 1st Security Force Assistance Brigade (SFAB) deployed downrange to bolster the U.S. training, advisory, and assistance mission in Afghanistan four months ago, and so far the unit's impact on the ground has been, well, “positive” — or, at least, according to a new Pentagon report.

Taken alone, the DoD report seems promising. But despite the Army's bullishness on the new unit, it's hard to reconcile with other damning assessments of the ongoing U.S. mission in Afghanistan — such as data that indicates the Taliban is controlling or contesting 59% of the country's 407 districts.

Are you deployed downrange or training with an SFAB? Or have a non-sanitized anecdote regarding the brigade's performance downrange? Hit us up in the comments or via email. We would love to hear from you, as always.

Enhancing Security and Stability in Afghanistan