In the aftermath of the insider attack that took the life of a U.S. soldier last week, Army officials are reaffirming... 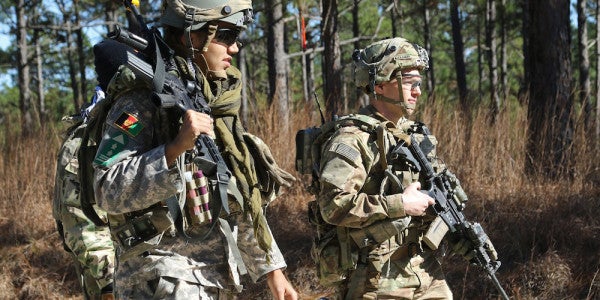 In the aftermath of the insider attack that took the life of a U.S. soldier last week, Army officials are reaffirming their concerns over the prevalence of such incidents among U.S. military personnel deployed to Afghanistan to train, advise and assist local security forces, the Associated Press reports.

The 1st SFAB training brigade deployed to Afghanistan earlier this year. The Army is intent on standing up and deploying at least six such new brigades to help augment the existing train, advisory, and assistance mission in the war-torn country. In the meantime, Milley told the Associated Press that the Army “is still trying to determine if the shooter was from the Taliban or another insurgency or just an angry Afghan soldier.”