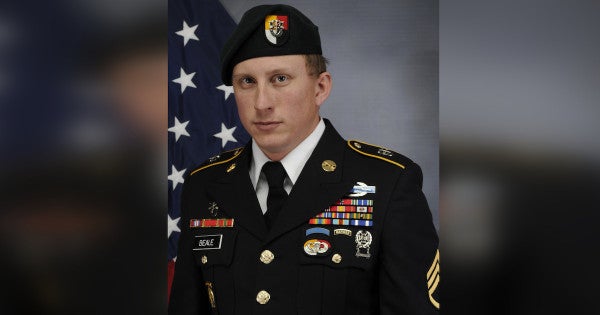 The Pentagon has identified a Green Beret who was killed on Tuesday by enemy small arms fire in southern Afghanistan as Staff Sgt. Joshua Z. Beale.

“Joshua was a smart, talented and dedicated member of 3rd SFG (A) and the special operations community,” Col. Nathan Prussian, commander of 3rd Special Forces Group (Airborne), said in the news release. “He will be greatly missed by everyone who had the fortunate opportunity to know him. We extend our deepest condolences to his family for this tragic loss.”

A native of Covington, Virginia, Beale enlisted in the Army in 2011, three years after graduating with a bachelor's degree in criminal justice from Old Dominion University in Virginia, according to USASOC. He graduated from U.S. Army Airborne School and went on to graduate from the Special Forces Qualification Course, Advanced Leader Course, Special Forces Sniper Course, and U.S. Army Ranger School.

He had deployed overseas a total of four times and was killed during his third deployment to Afghanistan, the news release says. He is survived by his wife and two children.

Beale is the second U.S. fatality in Afghanistan within a week. Army Sgt. Cameron A. Meddock, 26, died on Jan. 17 from wounds he suffered during a Jan. 13 firefight in northwest Afghanistan.

Meddock was assigned to the 2nd Battalion, 75th Ranger Regiment. He was on his second deployment to Afghanistan.

SEE ALSO: Taliban Call Off Afghanistan Peace Talks With US Over 'Agenda Differences'