"This is an initial step towards determining whether Major Mathew Golsteyn violated Article 118 of the Uniform Code of Military Justice, Premediated Murder," 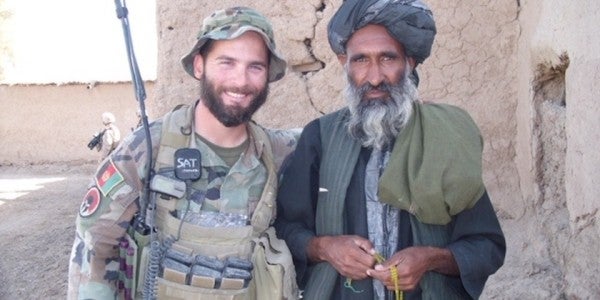 Army Special Forces Maj. Matthew Golsteyn – whom President Donald Trump has called “a U.S. Military hero” – will face an Article 32 hearing in March after being charged with murder for allegedly killing a suspected Taliban bomb-maker.

On Dec. 18, the convening authority for Golestyn’s case decided to hold the preliminary hearing in connection with the Feb. 28, 2010 incident, Army officials have announced. The proceedings are slated to start on March 14 at Fort Bragg, North Carolina.

“This is an initial step towards determining whether Major Mathew Golsteyn violated Article 118 of the Uniform Code of Military Justice, Premediated Murder,” according to a U.S. Army Special Operations Command news release.

At the request of many, I will be reviewing the case of a “U.S. Military hero,” Major Matt Golsteyn, who is charged with murder. He could face the death penalty from our own government after he admitted to killing a Terrorist bomb maker while overseas. @PeteHegseth @FoxNews

Golsteyn first admitted to killing the unarmed Afghan man during a polygraph interview for a CIA job, but Army investigators did not find enough evidence to prosecute him. The investigation was re-opened after Golsteyn acknowledged in an October 2016 interview that he had killed the suspected bomb-maker.

He told Fox News’ Bret Baier that he feared the man would kill an Afghan tribal leader, who had told Golsteyn that the man had built a bomb that killed two Marines.

President Trump has voiced support for Golsteyn, tweeting on Dec. 16 that he would review the case.

“He could face the death penalty from our own government after he admitted to killing a Terrorist bomb maker while overseas,” Trump tweeted.

Golsteyn’s attorney Philip Stackhouse said the Article 32 hearing was scheduled to allow his defense team to analyze more than 1,000 pages of documents recently provided by the prosecution, organize more than a dozen witnesses for the proceedings, and attempt to interview witnesses from CIA and other agencies.

“This will be Matt’s first opportunity to face witnesses who claim to have information that is incriminating against him,” Stackhouse told Task & Purpose. “The additional time also allows Matt to complete obligations he had accepted with the International Association of Fire Fighters – where he has served as the chief operating officer for approximately two – years, until his status in the Army was unilaterally changed with no due process rights.”

SEE ALSO: The Contractor Whose Mysterious Death Is Being Investigated Was A Decorated Green Beret