They saved the lives of many soldiers. 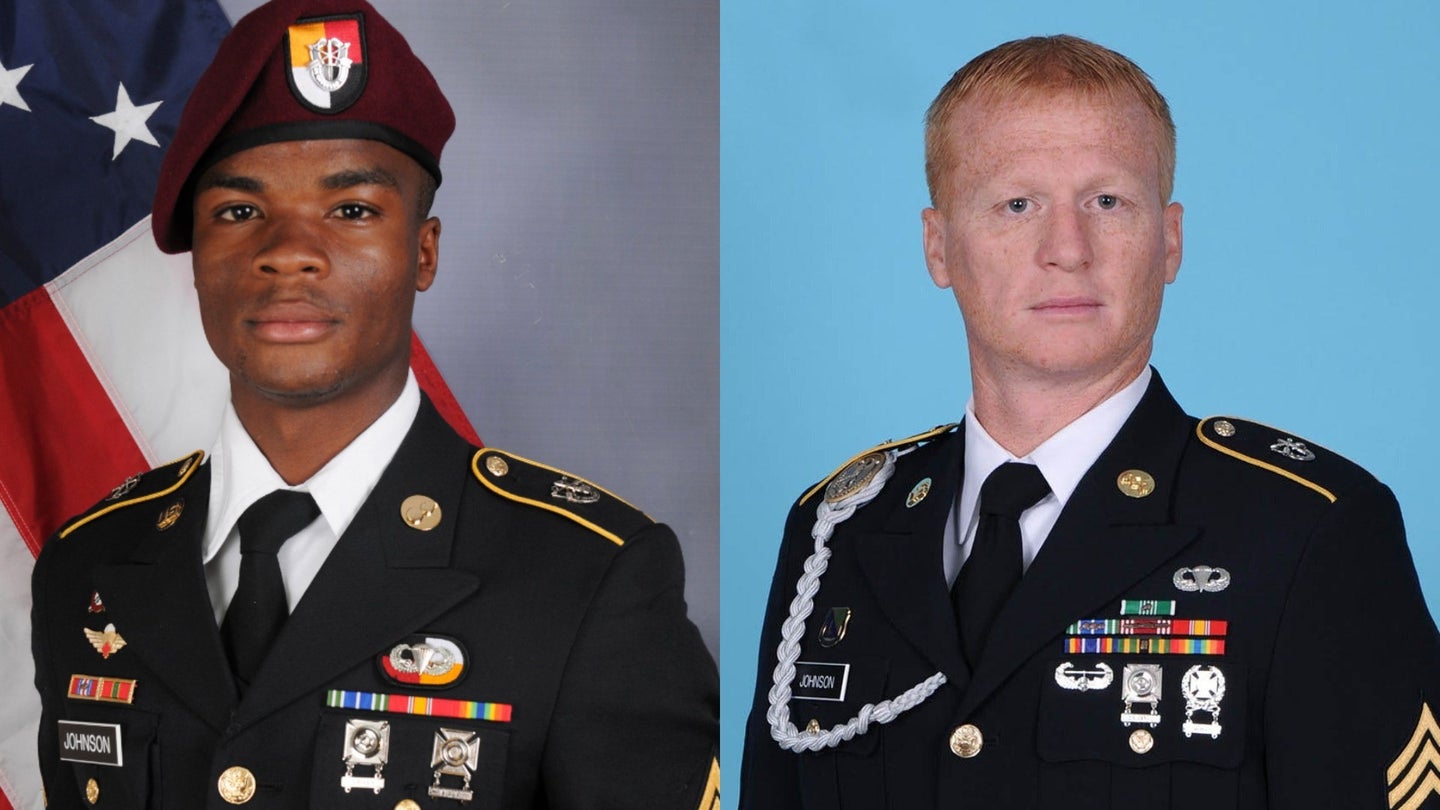 Two of the four soldiers killed during an October 2017 ambush in Niger have been symbolically inducted into the Special Forces Regiment to recognize their bravery during the hellish battle, a spokesperson for U.S. Army Special Operations Command said.

Sgt. 1st Class Johnson served as a chemical, biological, radiological, and nuclear specialist, and Sgt. Johnson was a wheeled vehicle mechanic. Both soldiers were assigned to 3rd Special Forces Group (Airborne) while serving in Niger. They were part of an 11-man Special Forces team at the time of the ambush.

Becoming an honorary Green Beret is an extremely rare honor reserved for those who have distinguished themselves through their service to the Special Forces community.

In November 2014, Doris Baker became just the 10th person to be named an honorary member of the Special Forces Regiment, according to the Associated Press. For nearly 40 years, Baker taught the children of Special Forces soldiers at a Defense Department school in Germany.

James Gordon Meek with ABC News first tweeted on Tuesday that the two soldiers had been named honorary Green Berets and he shared some pictures of their families following the ceremony.

The two soldiers were killed on Oct. 4, 2017 along with Special Forces soldiers Staff Sgt. Bryan C. Black and Staff Sgt. Dustin M. Wright when an American and Nigerien military team was ambushed by more than 100 fighters from the Islamic State terrorist group near the village of Tongo Tongo.

As the ISIS fighters began to envelop the U.S. and Nigerien troops, the military team’s leader ordered a withdrawal, but their convoy lost sight of the vehicle with Wright, Black and Sgt. 1st Class Johnson, according to an investigation into the ambush. Sgt. Johnson and Nigerien troops could not get into their vehicle due to intense enemy fire.

Black was killed while using his vehicle for cover, the investigation found. Sgt. 1st Class Johnson was severely wounded. Both he and Wright continued to fight against the enemy until they were killed. Sgt. Johnson fought to the end as well. After being separated from the other U.S. soldiers, he made a last stand against the ISIS fighters.

Both men were awarded for maneuvering “multiple times across open terrain through intense and accurate fire from an overwhelmingly hostile force” to protect their teammates, efforts undertaken “with total disregard for [their] own personal safety or life,” according to their award citations, which were obtained by Task & Purpose.

According to the citations, Sgt. Johnson and Sgt. 1st Class Johnson’s “courage and dedication” to their threatened teammates was “unmatched,” with both soldiers “engaging a numerically superior hostile force, disrupting the enemy’s freedom of movement, and killing several enemy fighters” before succumbing to their wounds. “[Their] actions were key to saving the lives of multiple soldiers.”