At least one of the suspected attackers that ambushed and killed four American soldiers in Niger in October may be... 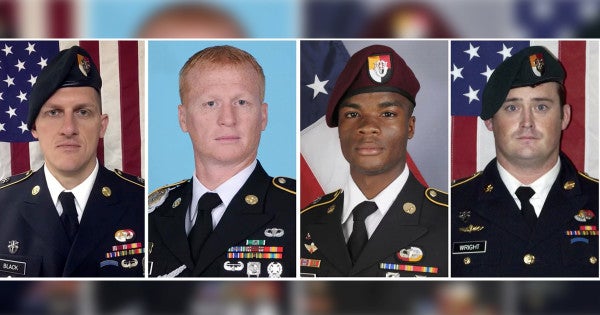 At least one of the suspected attackers that ambushed and killed four American soldiers in Niger in October may be in the custody of the Nigerien military, the Associated Press reports.

U.S. Ambassador Eric Whitaker told AP the head of Niger's special forces is “hopeful” it's a known extremist leader that was being pursued following the attack.

On Oct. 3, four American soldiers, accompanied by Nigerien troops, were ambushed by ISIS militants outside the village of Tongo Tongo. As helmet camera footage later showed, the soldiers were surrounded with little cover. All four Americans died, along with four Nigerien soldiers and an interpreter.

The Pentagon has conducted an investigation into the incident, which is yet to be released.

The soldiers were said to be on a training and advisory mission in Niger, but on that day were ordered to conduct a hasty raid on a local terrorist leader that was linked to the kidnapping of an American citizen, according to The New York Times.