Our thoughts and prayers are with Sgt. Robinett's friends and family. 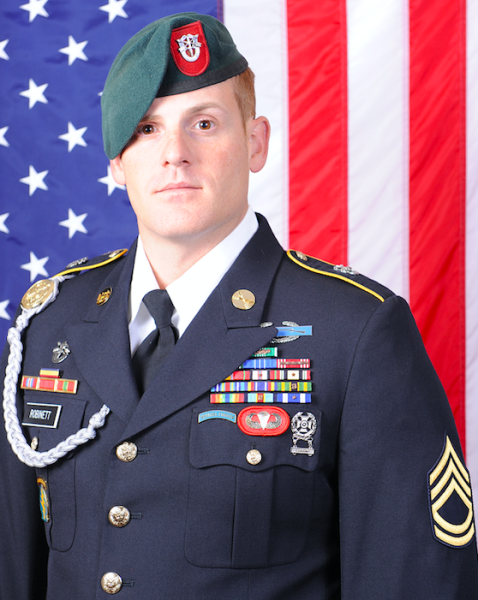 An Army Special Forces officer was killed on Sunday in a boating accident off the coast of Destin, Florida, the Pentagon announced on Wednesday.

Sgt. 1st Class Thomas (Rusty) Robinett of 7th Special Forces Group was killed when he and another passenger were “somehow ejected from a 20-foot vessel,” according to the local ABC affiliate, WEAR-TV, which said that Robinett was apparently “struck” by the vessel.

Authorities spent more than 40 hours searching for him, WEAR-TV reports. The other passenger was rescued. He was off-duty at the time of the accident, according to 1st Special Forces Command Spokesperson Maj. Beth Riordan.

“Rusty was a phenomenal father, husband, son, Soldier, and brother to many in the 7th Group,” 7th Special Forces Group commander Col. Patrick Colloton said in a statement. “He was one of our best. … It was an honor having him service within the ranks of 7th SFG(A). He was a part of our family, and will not be forgotten.”

He leaves behind his wife and three children, per the Pentagon's announcement.

SEE ALSO: Gold Star spouses can lose financial assistance if they remarry, but veterans in Congress hope to change that