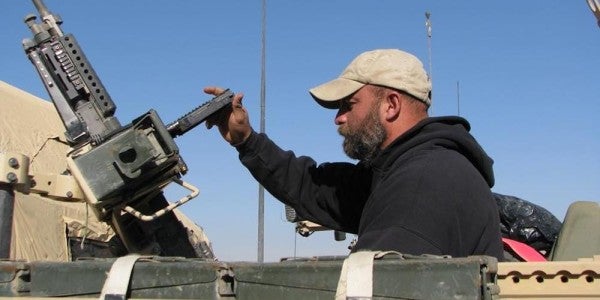 The American contractor who reportedly died from injuries he suffered in a fight with service members while working in northern Iraq was a decorated combat veteran who served in U.S. Army Special Forces, according to his official military record.

“Richard Anthony Rodriguez served in the U.S. Army from August 1991 to August 2012,” said Army spokesman William Sharp. “He attained the rank of master sergeant and held the military occupational specialties of infantryman, weapons sergeant, and senior sergeant. During his service he deployed to Afghanistan four times between 2006 and 2011.”

During his time in the Army, Rodriguez completed the Special Forces Qualification Course, Ranger School, diver training, Airborne School, and Pathfinder School. He was awarded a Bronze Star Medal with “V” device for valor and four other Bronze stars as well as numerous other military decorations.

Rodriguez died at Landstuhl Regional Medical Center, Germany, on Jan. 4, after being medically evacuated from Iraq. Two Marines and a Navy corpsman from a Marine special operations unit are reportedly under investigation in connection with his death.

Richard Anthony Rodriguez died of injuries he sustained while working in Iraq as a contractor.Facebook

U.S. military officials are not releasing any information about how Rodriguez died or where the investigation stands.

At the time of his death, Rodriguez was working for Lockheed Martin. A company spokeswoman declined to discuss his work in Iraq.

“Out of respect for the family's desire for privacy, we are not disclosing the employee's name or information about his role or mission,” Cheryl Amerine told Task & Purpose on Thursday. “Additionally, the family is declining requests for interviews.”