"He was a warrior - an accomplished, respected and loved Special Forces soldier that will never be forgotten." 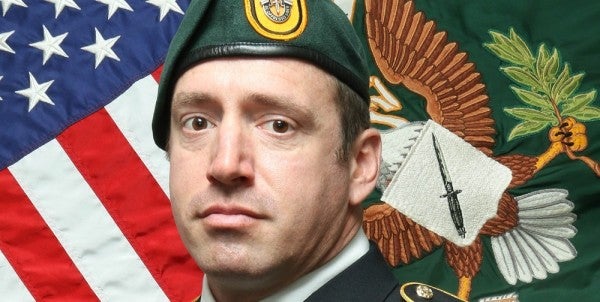 The Special Forces community is honoring the life of Sgt. 1st Class Jeremy W. Griffin, who was killed in Afghanistan on Monday, whom his commander described as a superlative soldier and beloved teammate.

“He was a warrior – an accomplished, respected and loved Special Forces soldier that will never be forgotten,” Col. Owen G. Ray, commander of 1st Special Forces Group (Airborne), said in a news release. “We ask that you keep his family and teammates in your thoughts and prayers.”

Griffin, 40, was killed by small arms fire during combat operations in Wardak Province, Afghanistan, while serving with 3rd Battalion, 1st Special Forces Group (Airborne), according to U.S. Army Special Operations Command. He was on his fourth combat deployment, three of which were in Afghanistan.

After enlisting in the Army in 2004, Griffin deployed to Iraq in 2006 and Afghanistan in in 2009 while serving with the 82nd Airborne Division. He deployed to Afghanistan for a second time in 2016 with 1st Special Forces Group (Airborne) and rotated through South Korea in 2018.

“The loss of Sgt. 1st Class Griffin is felt across the 1st Special Forces Group (Airborne) family and the entire Special Forces community,” Ray said in the news release.