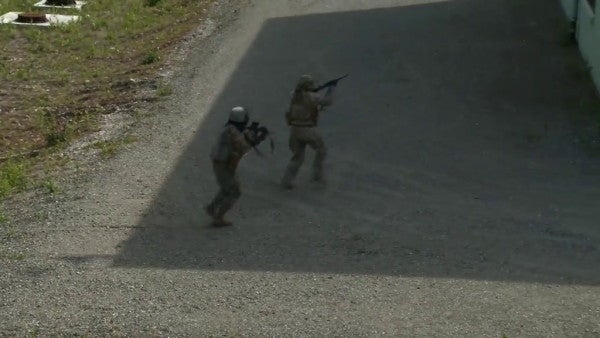 It has been a deadly year for Green Berets, with every active-duty Special Forces Group losing a valued soldier in Afghanistan or Syria.

A total of 13 members of the Army special operations forces community have died in 2019, according to U.S. Army Special Operations Command. All but one of those soldiers were killed in combat.

In Afghanistan, Army special operators account for 11 of the 17 U.S. troops killed so far this year. Eight of the fallen were Green Berets. Of the other three soldiers, two worked with the 10th Special Forces Group and the other was a Ranger.

The fact that Army special operators are taking the brunt of the casualties in Afghanistan reflects the U.S. military's strategy of having Special Forces fight alongside Afghan troops and police while conventional forces provide “enablers,” such as training and air support, said retired Marine Col. Mark Cancian, a security expert with the Center for Strategic and International Studies think tank in Washington, D.C.

“Of course, enablers aren't out there on the front lines the way used to be,” Cancian told Task & Purpose. “Now it's really only the Special Forces that are out there and that's by design. That's way we have structured our force.”

The U.S. military decided to rely mostly on special operations forces to fight the Taliban and terrorist groups as part of the drawdown of forces in Afghanistan from about 100,000 U.S. troops during the Obama administration to roughly 14,000 troops today, said Cancian, who spent years working in the Pentagon on manpower and force structure issues.

In addition to being highly trained troops, Special Forces' core mission is to work alongside foreign militaries, he said. Lately, Special Forces have been working particularly with Iraqi and Afghan special operations forces, which are used quite often because both countries' conventional militaries are “mediocre at best.”

Here are the soldiers with, attached to, or in support of special operations forces who have been killed in 2019:

UPDATE: The list of fallen soldiers was updated on Sept. 20 to include Sgt. Joseph P. Collette.