Two soldiers who made the ultimate sacrifice in Afghanistan have been identified by the Pentagon as Special Forces Master Sgt.... 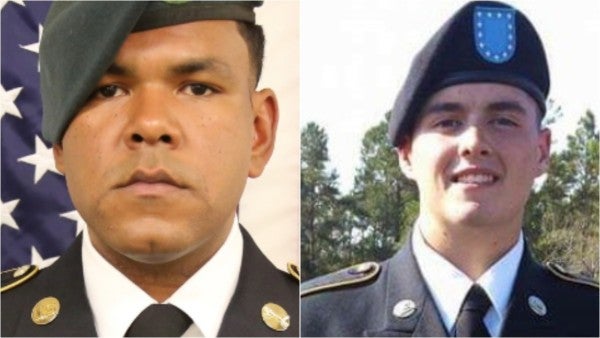 Two soldiers who made the ultimate sacrifice in Afghanistan have been identified by the Pentagon as Special Forces Master Sgt. Micheal B. Riley, 32, and Sgt. James G. Johnston, 24.

Both were killed by small arms fire on Tuesday during combat operations in Uruzgan Province, Afghanistan, a Defense Department news release says. A total of nine U.S. troops have been killed in Afghanistan so far in 2019.

Riley was born in Germany in 1986 and joined the Army in 2006, according to U.S. Army Special Operations Command. He graduated from U.S. Army Airborne School, U.S. Army Ranger School, and he was joined 10th Special Forces Group after completing the Special Forces Qualification Course in 2012.

“It is with a heavy heart that we learn of the passing of Master Sgt. Micheal Riley in Afghanistan,” Col. Lawrence G. Ferguson, commander of 10th Special Forces Group, said in a statement. “Mike was an experienced Special Forces noncommissioned officer and the veteran of five previous deployments to Afghanistan. We will honor his service and sacrifice as we remain steadfast in our commitment to our mission.”

“He was the epitome of what we as soldiers all aspire to be: intelligent, trained, always ready,” Johnston's battalion commander Lt. Col. Stacy Enyeart said in a statement. We will honor his service and his sacrifice to this nation as we continue to protect others from explosive hazards around the world.”

SEE ALSO: Once Described As On Its 'Back Foot,' Taliban Number Around 60,000, General Says