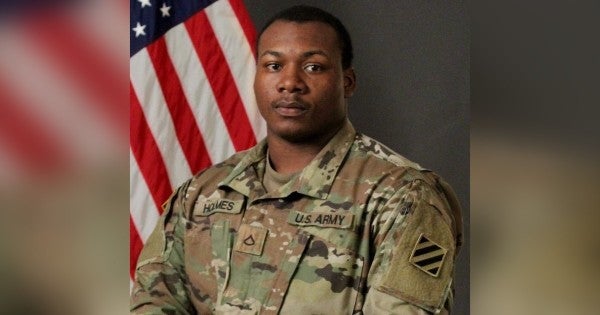 The U.S. military has lost five service members in less than three weeks — and none of them were killed in combat.

Army Spc. Miguel L. Holmes of the Georgia Army National Guard died on Monday from his injuries stemming from a non-combat related incident in Afghanistan, defense officials have announced.

Holmes, 22, was originally from Hinesville, Georgia, and he was assigned to the 1st Battalion, 118th Field Artillery, 48th Infantry Brigade Combat Team based in Savannah, defense officials said. His military awards include the Army Service Ribbon and National Defense Service Medal.

No details about the circumstances surrounding his death were immediately available on Wednesday.

His death is the latest in a series of non-combat related fatalities:

Defense officials have not released any information about how these five service members died. Army and Air Force investigators are still looking into all five deaths, defense officials told Task & Purpose.

At this point, Army Criminal Investigation Command does not see a connection between any of the four non-combat deaths of soldiers, said CID spokesman Christopher Grey.

UPDATE: This story was updated on May 8 to include comments from Army and Air Force investigators.

WATCH NEXT: The Best Tank Crew In America