"The 10th Mountain Division mourns the loss of SPC Kimball, he will be missed from our formations." 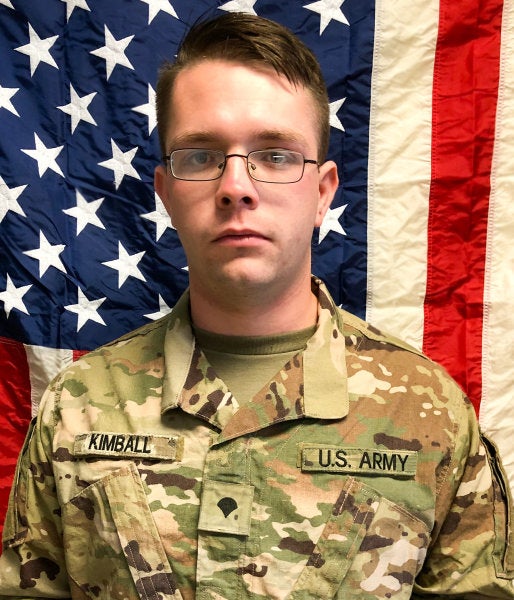 The Pentagon announced on Thursday that a 21-year-old soldier was killed on Wednesday in Afghanistan.

“Our thoughts and prayers are with the family and friends of SPC Branden Kimball during this very difficult time,” Lt. Col. Kamil Sztalkoper, 10th Mountain Division spokesperson, said. “The loss of any Mountain Soldier has a lasting impact on every member of the team.

“The 10th Mountain Division mourns the loss of SPC Kimball, he will be missed from our formations.”

Kimball joined the Army in August 2016; his military awards include the National Defense Service Medal, Afghanistan Campaign Medal with Campaign Star, the Global War on Terrorism Service Medal, and more. He is survived by his mother.

Update: This post has been updated to include more information about Spc. Kimball.