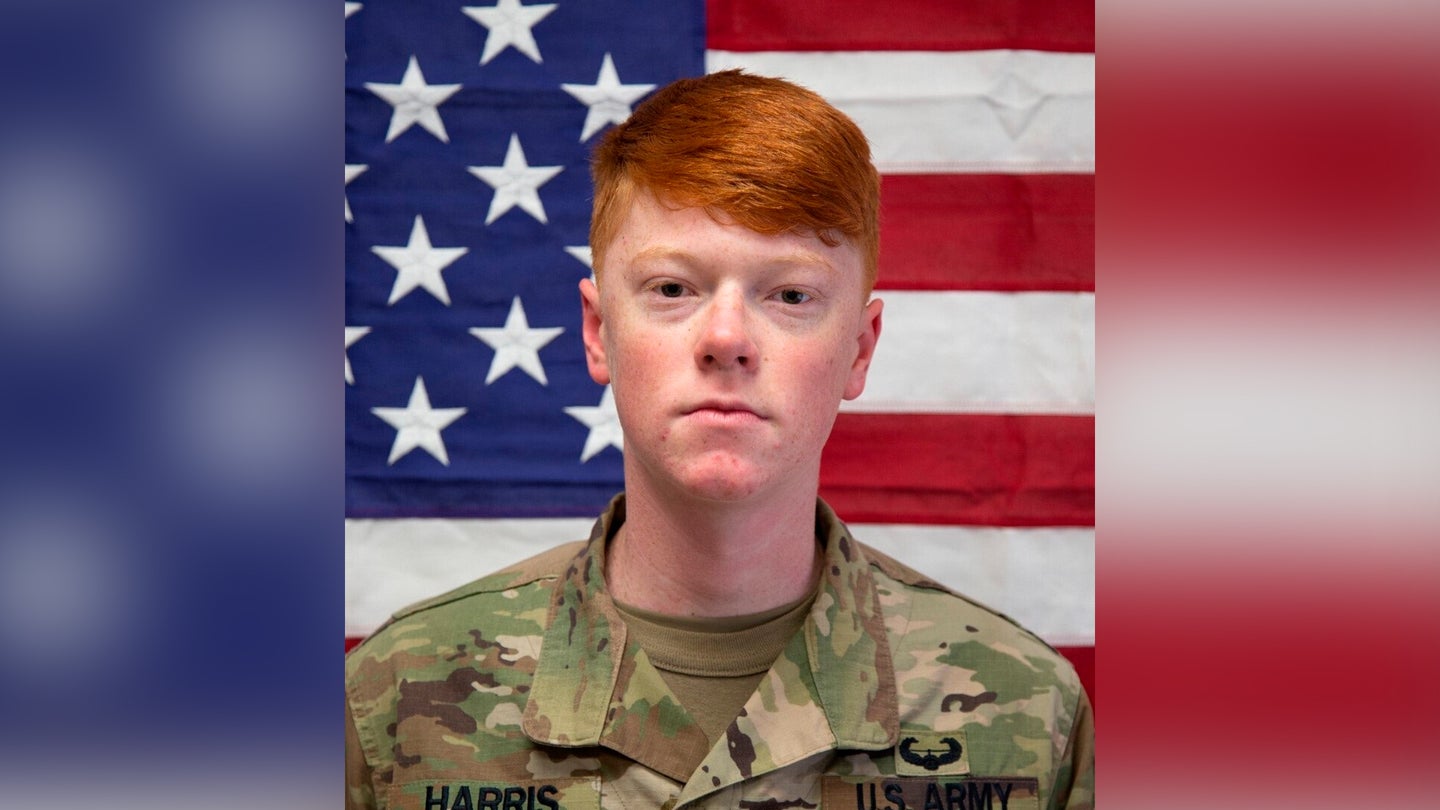 This undated photo provided by the U.S. Army shows Hayden Harris, of Guys, Tenn., who was stationed at the U.S. Army base Fort Drum in upstate New York. Harris disappeared on Thursday, Dec. 17, 2020, and his body was found in a wooded area of Byram Township, N.J., on Saturday, Dec. 19. Fellow soldier Jamaal Mellish is being held in New York in connection with Harris' death. (U.S. Army via AP).
SHARE

A soldier and 16-year-old boy have been accused of murdering Army Cpl. Hayden Harris, whose body was found in New Jersey on Dec. 19, prosecutors have announced.

Harris, 20, was stationed at Fort Drum in New York at the time of his death. The day after Harris’ unit reported that he was missing, firefighters discovered his body in a wooded area of Byram Township, New Jersey, with a gunshot wound to his head, according to the New Jersey Herald.

Army Spc. Jamaal Mellish, 23, and the 16-year-old boy, whose name has not been released to the media, have both been charged with murder, kidnapping, and related offenses in connection with Harris’ death, according to the Sussex County Prosecutor’s Office in New Jersey.

Mellish is assigned to the 10th Mountain Division at Fort Drum, a base spokesman told Task & Purpose.

Prosecutors believe that Harris met Mellish earlier this month so they could exchange their vehicles when Mellish forcibly abducted Harris and drove him first to Brooklyn and then ultimately to Byram Township, Lori Comstock of the New Jersey Herald reported.

The staff judge advocate at Fort Drum and Army Criminal Investigation Command contributed to the efforts that culminated in Mellish and the boy’s arrest, the Sussex County Prosecutor’s Office announced in a news release.

“Mellish is currently being held in military custody under pretrial confinement in Oneida County, NY and the juvenile is in custody in a juvenile detention facility,” the news release says.

He was posthumously promoted to corporal and awarded the Army Commendation Medal, the news release says. His other awards include two Army Achievement Medals, the National Defense Service Medal, the Global War on Terrorism Service Medal, and the Army Service Ribbon. He was also a graduate of Air Assault School.

“We are devastated,” Brig. Gen. Brett Funck, the acting senior commander of Fort Drum and the 10th Mountain Division, said in a statement. “It was well known here that Corporal Harris was a great soldier, and as we share our grief with his friends and family, I hear again and again how he was also — and most importantly — a really wonderful, caring person. His death is a tremendous loss for his loved ones, this division and our nation.”