The former Navy SEAL who shot Osama bin Laden in the face during the 2011 raid on his compound wants... 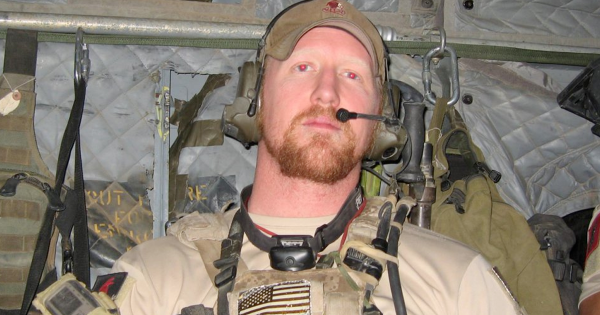 The former Navy SEAL who shot Osama bin Laden in the face during the 2011 raid on his compound wants the photos of the Al Qaeda leader's dead body finally released to the public.

Robert O'Neill called on American political leaders to do so during an interview with El Mundo published last week.

“It's something that I don't mention in my book, and I would like to say something. I think someone in Washington should start posting some of the photos we took in Abbottabad,” O'Neill said. “There were at least 20, taken with Pentax cameras.”

For the curious among us, a Google image search of “bin laden body” turns up hundreds of photographs of the dead terrorist leader, but none have ever been confirmed as genuine. That's because they are all fake, according to O'Neill.

“He appears with his nose flattened and his skull cut in half,” O'Neill told the paper of photos he and other SEALs took. “We had to put the two pieces together to be able to take the pictures. His hair was whiter and his beard shorter, and I never had the slightest doubt that it was him.”

Photos of bin Laden's body have been a closely guarded secret since they were taken after the raid on the Al Qaeda leader's compound in Pakistan on May 2, 2011. Even the question of who has seen the photos, beyond the SEALs and the White House, remains unanswered.

Matt Bissonette, the first SEAL on the raid to come forward publicly, turned over a hard drive to the Navy in Jan. 2016 that contained the classified photo of bin Laden's body to avoid prosecution for unlawfully possessing classified material, according to The Intercept.

As many have pointed out, the American public saw photos of Saddam's Hussein's dead sons after they were waxed, along with video footage of Saddam Hussein himself being hanged. But for some reason, pictures of bin Laden have been withheld on “national security” grounds.

There is one rationale for this, offered by Jack Murphy of SOFREP. Two sources told him a number of the SEALs fired more than a hundred bullets into his corpse, effectively turning it into Swiss cheese. If the photos were released, Murphy reasons, it would cause an international scandal.

This account, however, differs from The Intercept, which reported that bin Laden's body “appeared to be intact aside from the chest wound and obliterated face,” according to a source who viewed the body at Jalalabad Air Base in Afghanistan.

And O'Neill himself also pushed back on this version of events when I asked.

“Nobody from SOFREP was on the mission so they wouldn’t know,” O'Neill told me. “But he was not turned into Swiss cheese. He was a man who was shot in the face at close range three times.”

Update, 9:52 a.m. EDT: This article was updated with a comment from Rob O'Neill.