I met Rob O'Neill last night before he went on stage at Clever Talks in San Diego, Calif., and not... 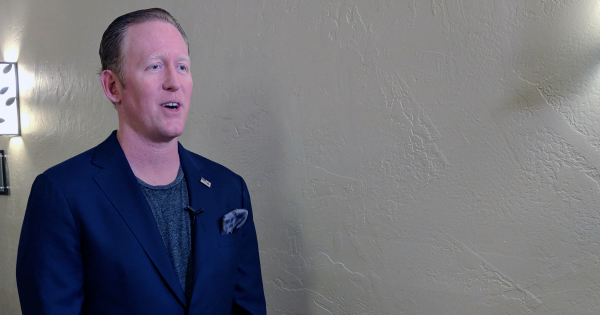 I met Rob O'Neill last night before he went on stage at Clever Talks in San Diego, Calif., and not surprisingly, he possesses what I would call the most 'Murican suit jacket of all time.

Although the exterior of his suit is a pretty standard blue, I noticed something unique about the inside liner and asked what was going on there.

Then there was the underside of his collar, which had part of a famous Sep. 11, 2001 quote from President George W. Bush: “Freedom itself was attacked this morning by a faceless coward. And freedom will be defended.”

Then I thanked him for shooting Bin Laden in the face and he gave a great speech (I'll have more on this later).