REVEALED: Here Is The Charge Sheet For The Navy SEAL Accused Of War Crimes In Mosul 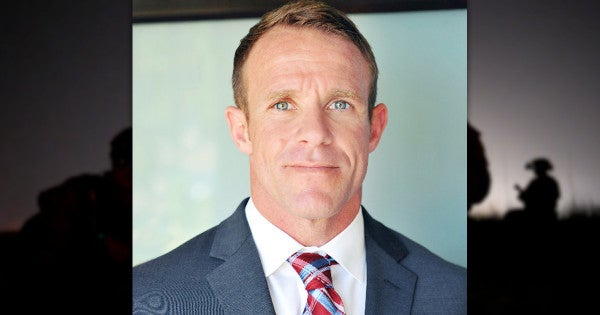 NAVAL BASE SAN DIEGO — Navy Chief Petty Officer Edward Gallagher faced an Article 32 hearing in San Diego on Wednesday over allegations he used a knife to execute a wounded ISIS fighter in the Iraqi city of Mosul in 2017.

Gallagher was arrested on Sep. 11 and is being held in the Miramar Brig. In October, a second Navy SEAL was arrested and charged over the alleged execution.

Task & Purpose obtained a copy of Gallagher's charge sheet, the details of which were previously reported by Navy Times. This is the first full look at the document made public since Gallagher's arrest.

The charge sheet — which includes allegations of firing on civilians, obstruction of justice, and possession of controlled substances — was among six exhibits introduced by the government during the Article 32 hearing. Two other exhibits are not being made public due to their sensitive nature, prosecutors said.

Prosecutors introduced evidence that included photos and text messages allegedly showing Gallagher posing next to the ISIS fighter's body with the knife he allegedly used to carry out the execution.

The alleged execution occurred after the Iraqi Army wounded the fighter during an air strike, the government claimed. The captive fighter was turned over to SEAL Team 7, which was providing medical assistance to the prisoner at the time the incident took place.

After the execution, prosecutors claim that Gallagher not only “wrongfully posed” with the fighter's body, but allegedly conducted a reenlistment ceremony next to the corpse.

Prosecutors also claimed that Gallagher fired on noncombatants “under circumstances such as to endanger human life” at least once during his deployment to Iraq from February or March until December of 2017.

As for the drug charges, prosecutors claim Gallagher wrongfully consumed the powerful opioid tramadol hydrochloride multiple times during his deployment, as well as Sustanon-250, a testosterone injection, while in San Diego in June 2018.

Gallagher also allegedly urged members of his SEAL platoon to refrain from discussing his actions in Iraq with investigators. The charges were based on testimony from nine witnesses from within Gallagher's platoon.

Read the full charge sheet below:

This is a breaking news story and will be updated with the latest information as it becomes available.