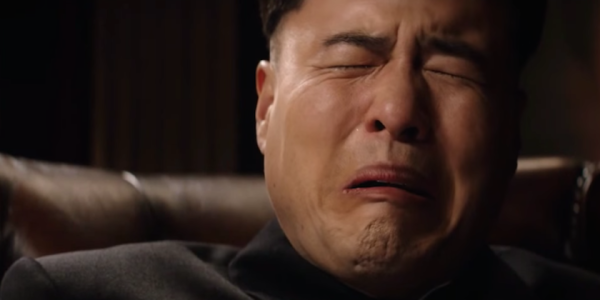 North Korean supreme leader and Pillsbury Doughboy cosplayer Kim Jong Un likes to talk shit about wiping out the Western world with his Hermit Kingdom’s flaccid intercontinental ballistic missiles. But in reality, the authoritarian little bastard is pissing himself over the prospect of U.S. special operations forces smothering him with a pillow in the dead of night.

Officials with South Korea’s National Intelligence Services told lawmakers during a closed-door parliamentary session on June 22 that the North Koreas dictator is “extremely nervous” about the potential for a clandestine “decapitation strike,” the Korea Herald reports.

According to lawmakers, Kim is “engrossed with collecting information about the ‘decapitation operation’ through his intelligence agency” — so engrossed that the tiny tyrant even stopped rolling in his Mercedes-Benz 600 to avoid assassination by car bomb.

“The number of Kim Jong Un’s public activities was 51, a 32 percent decrease from last year,” South Korean intelligence officials told lawmakers, per the Korea Herald. “Since 2013, we have seen a downward trajectory of Kim’s public activities.”

Kim may have good reason to be afraid. In March, South Korea’s Joon Gang Daily reported that the U.S. Navy’s SEAL Team 6 — the very warfighters who took out Osama Bin Laden — were joining South Korean special forces during annual military exercises to simulate a decapitation attack designed to neutralize Kim Jong Un and military leaders in Pyongyang, lifting the regime’s totalitarian hold over the population.

“A bigger number of and more diverse U.S. special operation forces will take part in this year’s Foal Eagle and Key Resolve exercises to practice missions to infiltrate into the North, remove the North’s war command and demolition of its key military facilities,” a military official confirmed to Yonhap News.

That Joon Gang dispatch appeared to match a March Wall Street Journalreport on President Donald Trump’s consideration of military options against Pyongyang. But the Department of Defense insisted that its theater-level commands, including U.S. Special Operations Command, “ not train for decapitation missions” of any kind.