Of all the ridiculous schemes to reach a diplomatic resolution with an unstable military regime hell bent on destroying the... 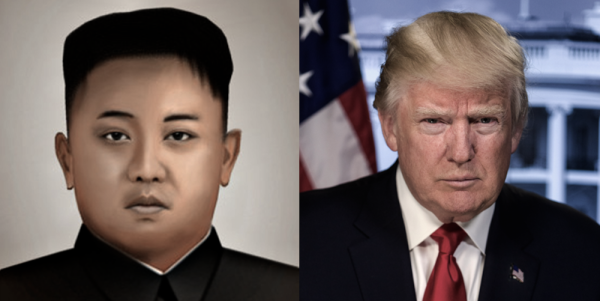 Of all the ridiculous schemes to reach a diplomatic resolution with an unstable military regime hell bent on destroying the United States, this might be the most dubious. In a meeting with Chinese officials last week, President Donald Trump suggested that he would consider actually meeting with North Korean leader Kim Jong Un if he shuts down Pyongyang’s nuclear program.

“If it would be appropriate for me to meet with him, I would absolutely,” Trump told Bloomberg. “I would be honored to do it.”

According to Japan Times, this is just one of a number of plans the Trump administration has been discussing with the Chinese officials regarding North Korea and its continued pursuit of nuclear weapons. In the past, Trump Secretary of State Rex Tillerson has asserted that the administration is certainly open to “direct talks” with Pyongyang.

To the establishment players in Washington, Trump’s remarks seem patently ridiculous. “The president of the United States can't meet with Kim Jong Un,” former Secretary of State Condoleezza Rice insisted in an interview with CBS.”And certainly not under these circumstances.”

Former Secretary of State Madeleine Albright took particular note of Trump’s verbiage. Using the phrase “honored,” she said, is “the wrong way to discuss somebody who is keeping his people in poverty and starving and control.”

But this idea is not a new one for the Trump administration, which has repeatedly suggested it will leave the door open for some form of diplomacy with the nation.

“I think that if North Korea continues down a degree of provocative behavior, then those circumstances will never be there,” White House press secretary Sean Spicer said earlier this month. “But we want to hold out the possibility that if North Korea were ever serious about completely dismantling its nuclear capability.”

Is this plan so crazy it just might work? Probably not. Since Trump took office, tensions between North Korea and the United States and its allies have risen to historic levels, making the prospect of direct talks a seemingly unlikely option. Bloomberg even went so far as to suggest that “North Korea has become the most urgent national security threat and foreign policy issue facing Trump as his first 100 days in office passed.”

Japan Times reported diplomatic sources have suggested that in a far less harebrained plan, a senior North Korean diplomat may meet soon with former U.S. officials in Norway. Though we think Trump has a snowball’s chance in hell of bringing a psycho like Kim Jong Un to the negotiating table, we value any option that doesn’t lead to nuclear holocaust.