North Korea Is ‘A Few Years’ Away From Reaching US With Missile, Experts Say

Top experts are warning that North Korea is racing to develop intercontinental ballistic missile technology that can reach the United... 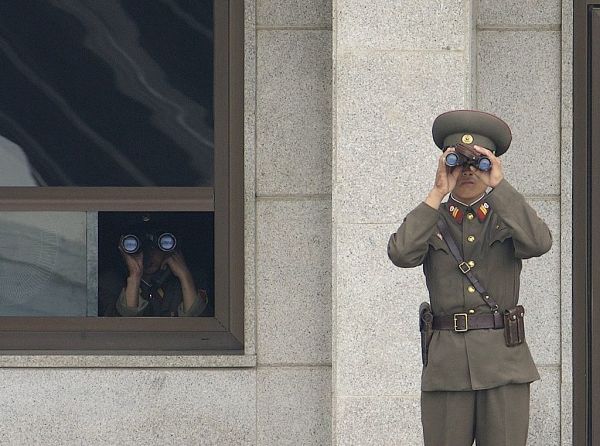 Top experts are warning that North Korea is racing to develop intercontinental ballistic missile technology that can reach the United States.

Bruce Klingner, a former CIA deputy division chief for Korea,told Fox News last week that, “We can expect an test this year with full capability within the next few years.”

In 2013, Kim Jong Un made a big display about which American targets he would like to strike.

“Kim Jong-un was photographed in front of a map of the U.S., which appeared to show four targets for North Korean missiles — Hawaii, San Diego, Washington, D.C., and perhaps Barksdale Air Force Base in Louisiana,” Klingner said.

In a January op-ed in The Washington Post, former Secretary of Defense William J. Perry calls for U.S. diplomacy in deterring ICBM testing.

“If we don’t find a way — and soon — to freeze North Korea’s quest for a nuclear ICBM, this crisis could all too easily spin out of control, leading to a second Korean War, far more devastating than the first,” he writes.

In January, before he was inaugurated, Trump vowed via Twitter that North Korea would not develop a nuclear weapon capable of reaching the United States, as it had pledged to do.

North Korea just stated that it is in the final stages of developing a nuclear weapon capable of reaching parts of the U.S. It won't happen!

CORRECTION: An incorrect reference to Perry's comments in a Popular Mechanics article was removed from this story. (Updated 3/14/2017; 6:14 pm)