Time To Pass The Mic To Underrepresented Vets

Look at books by military writers, and you will see a plethora of works by US-born, white, heterosexual, cisgender, Christian... 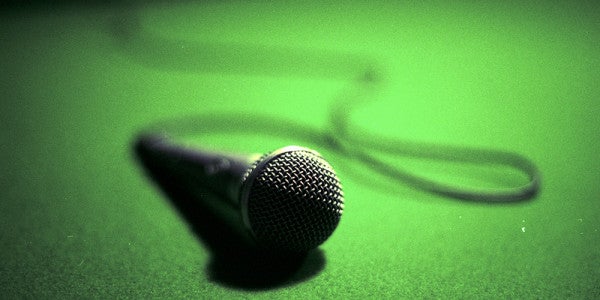 Look at books by military writers, and you will see a plethora of works by US-born, white, heterosexual, cisgender, Christian men — and mostly former officers at that. Many are combat veterans; a number even specifically tout conservative values, which might lead readers to believe that that narrow archetype dominates the military. Except it doesn’t. In fact, this profile isn’t even the majority of the military, only a plurality.

The military is a diverse, pluralistic cross-section of America. The military only publishes data on race and gender demographics, but when gender identity, sexual orientation, national origin, political affiliation and faith communities are considered, those numbers change considerably.

If the number of jobs previously closed to women in the Army before 2013 are any indication, approximately 90% of servicemembers do not serve in combat jobs. And whether or not servicemembers see combat, no matter their military occupational specialty, is almost entirely up to chance and timing.

For most of us, our wars looked much more like Eye in the Sky and — let’s be honest — Down Periscope than Hurt Locker or Lone Survivor. Daily life in the military doesn’t fit well in a Hollywood script: standing watch, making decisions in highly complex and nuanced environments, dealing with bureaucracy germane to any large organization, being led by or leading people who look nothing like us, all serving with the same flag patch on our right arm, all sworn to support and defend the same Constitution.

That is what service is.

There are millions of veterans — many people of color, women, Muslims, Jews, and members of the LGBT community — who are silenced by a loud, unrepresentative minority who continue to be given the microphone to speak for, yet obscure, all of us. This further marginalizes these veterans, because it reminds them of some of their most painful times on active duty, when they were somehow categorized as an “other.”

“Combat” is not a proxy for “service.” Focusing on combat obscures the nature of what the military actually does, and what is being done in the name of national security. Fixation on acts of violence, rather than the long chain that stretches from the barrel of a gun all the way back through a series of intelligence analyst, logisticians, and policy makers at the Pentagon, erases levels of participation, at best, or complicity, at worst, in our nation’s conflicts.

And no group can claim a monopoly on patriotism. Alienating veterans from speaking their truth will only broaden the civil-military divide in which an ever-shrinking number of Americans serve or know someone who has served in the military. And it’s not that these veterans do not want to tell their stories, but structural and social barriers exist inhibiting their ability to do so.

And we have some recommendations:

Coretta Johnson Gray (@elegantcoretta) spent 13 years as a JAG in the Air Force. She’s a subject matter expert in military justice, criminal justice and race and the law.

Arti Walker-Peddakotla (@ajpeddakotla) is an Army veteran and an expert in immigrant and refugee rights, veterans issues, national security and diversity in STEM.

Drew Pham (@Drewspeak) is an Army veteran and contributing editor of the Wrath-Bearing Tree, a publication that features the voices of veterans who have experienced structural violence themselves.

M.B. Dallocchio (@mbdallocchio) spent 8 years in the Army, including one year on Team Lioness with 1st and 2nd MARDIV in Ar Ramadi. She is a social worker and subject matter expert on trauma-informed medical and mental health care, particularly pertaining to race, gender, and psychosocial rehabilitation.She has authored “Quixote in Ramadi,” “The Desert Warrior,” and “Everyday Chamorro.”

Lornett Bea Vestal (@EvolvingManLBV), a Navy veteran, is a social worker vested in matters of history, race, social justice, and environmentalism. He created The Evolving Man Project to capture a black man’s journey in America and exploration of the human condition.

Sara Samora (@SaraESamora) served 4 years in the Marine Corps. She is a journalist reporting on social injustice issues as well as the military and veteran community.

Nicole Vanderheiden (@NicoleV_MN) is a former Air Force staff sergeant and an Iraq War veteran. She is executive director of Transforming Families, a nonprofit serving transgender youth and their families. She advocates policy change for trans youth, trans servicemembers, and trans veterans.

Alisha Guffey (@alishaguffey), an Army veteran, is leading a project to build a community and tell the stories of LGBTQ veterans, called the Ask & Tell Project (@askandtell_).

Joy Craig (@JoyCraigUSMC) is a retired Marine Corps officer and cannabis advocate. Joy is currently working on her memoir and focuses on writing about experiences as a Marine navigating a hyper masculine environment.

We have a responsibility to ask and uplift the broad spectrum of veteran stories. And we have an obligation to listen.

Andrea N. Goldstein (@an_goldstein) is a subject matter expert in the field of security sector reform and reintegration after service. She is a Pat Tillman Scholar, Truman National Security Project member, and previously served as a US Navy intelligence officer, including as a special operations troop commander.