Afghanistan is such a fantastic and magical place after U.S. involvement there for the past 17 years that its military... 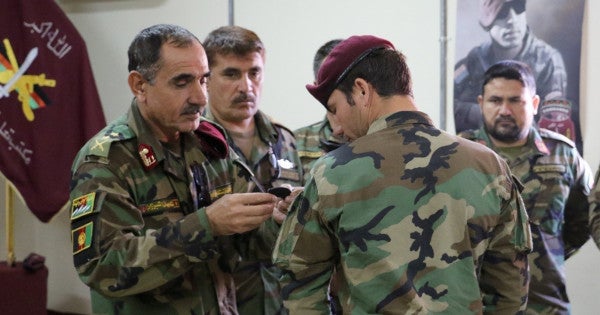 Afghanistan is such a fantastic and magical place after U.S. involvement there for the past 17 years that its military officers keep disappearing when they are training here in the states.

As of Feb. 2018, nine out of the 150 Afghans training in the U.S. are currently absent without leave, the Pentagon says. Although most training for Afghans happens overseas, there is some instruction offered to officers they can't get elsewhere.

Which brings them to the U.S., where according to an October report from the Special Inspector General for Afghanistan Reconstruction, Afghans lead the way in trying to disappear and avoid their duties.

Nearly half (47%) of all foreign military trainees that went AWOL in the U.S. since August 2005 came from Afghanistan, SIGAR said. The watchdog interviewed a number of trainees who were later found, many of whom cited concerns for their own safety in Afghanistan and the perception they would need to pay a bribe to get their old military billets back upon their return.

You can't really blame them. The U.S. has amazing infrastructure and technology, and there's a pretty slim chance that you or I will be waxed by some random dude shooting an AK-47 out the window of a Toyota Hi-Lux.

But the chance of Afghans taking off is certainly hurting their home units and the morale of their fellow trainees.

But it's yet another problem among many for the forever war in Afghanistan, which has seen encouraging progress (toward what, no one ever says) for nearly two decades.