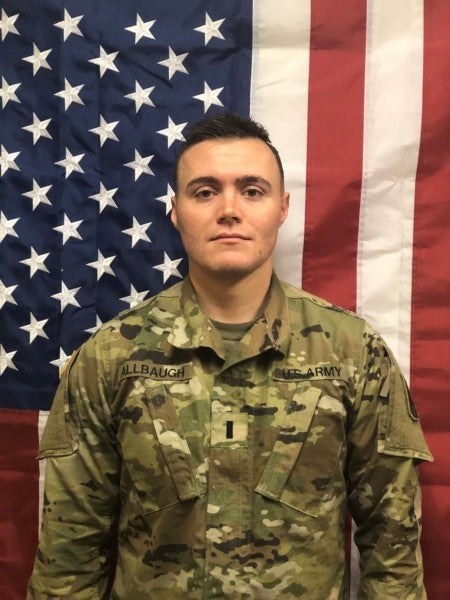 A soldier was killed in Afghanistan on Sunday in a non-combat related incident, according to the Pentagon.

1st Lt. Joseph Trent Allbaugh, 24, died on Sunday in Kandahar, Afghanistan, per a Pentagon press release. The non-combat incident is currently being investigated.

Allbaugh was assigned to the 2nd Battalion, 44th Air Defense Artillery Regiment, 108th Air Defense Artillery Brigade out of Fort Campbell, Kentucky. He graduated from Vanguard University of Southern California in 2018 with a degree in psychology; he commissioned shortly after graduating, according to a press release from Fort Bliss.

“The loss of 1st Lt. Joseph Allbaugh is devastating for everyone,” Col. Charles Matallana, 108th ADA Brigade commander, said in the release. “On behalf of the 108th ADA Brigade, I want to extend our deepest condolences. Our thoughts are with his family, friends, and fellow soldiers.

“We are with them during this incredibly painful time.”