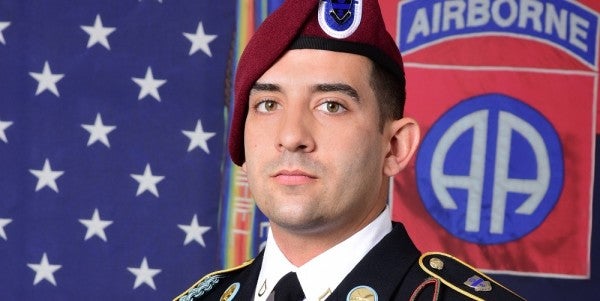 A paratrooper with the 82nd Airborne Division was killed in a motorcycle crash on Sunday in Fayetteville, North Carolina, officials announced on Monday.

“Pfc. Del Hierro was an extraordinarily committed and professional paratrooper and a beloved member of the Falcon and 82nd Airborne Division Families,” his battalion commander Lt. Col. Anthony Keller said in a statement.

No information about the motorcycle crash was available on Monday.

“It’s a tragic day for all of us, his passing is felt across this organization and we will always remember him as an outstanding soldier, paratrooper and friend,” Keller said. “Our thoughts and prayers are with his loved ones, friends, and fellow paratroopers.”