"Go back to your country. You and your terrorist clown president brought nothing but terrorism," one message said. 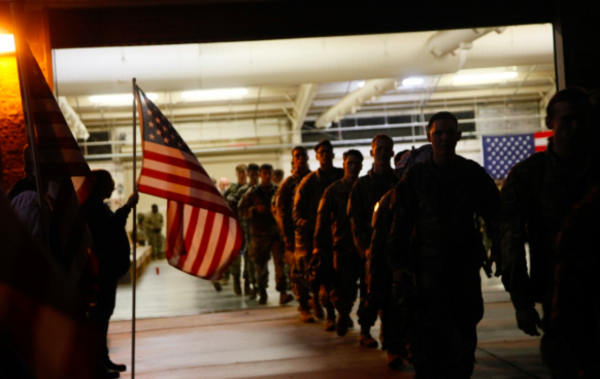 As if having a loved one deployed overseas isn't enough, family members of soldiers deployed with the 82nd Airborne Division are being warned of “menacing” messages they might receive on social media, and are being encouraged to report any they see.

According to a Military Times report, threatening messages are being sent to family members of troops with the division's 1st Brigade Combat Team, which deployed to the Middle East earlier this month in response to increased tensions with Iran.

One message obtained by Military Times calls for troops to leave the region if “you want to see your family again.”

“Go back to your country. You and your terrorist clown president brought nothing but terrorism,” the message, sent over Instagram from an account using the photo of now-deceased Iranian Quds Force commander Qasem Soleimani, said. “You fools underestimate the power of Iran. The recent attack on your bases was just a little taste of our power. By killing our general, you dug your own grave. Before having more dead bodies, just leave the region for good and never look back.”

Other messages families have reported “included fake scenarios about kidnapping,” while others “look more like phishing attempts.”

Lt. Col. Mike Burns, spokesman for the 82nd Airborne, told Military Times that the division has “done several things to inform our paratroopers and families of these risks and ways that they can protect themselves.”

The Army Social Media Handbook says the “primary concern” for soldiers and Army personnel when using social media is operational security, and being careful about posting personal or sensitive information online. It also advises against geotagging posts or photos from soldiers and their families; reviewing photos and videos before posting them; and making sure that privacy settings online are set to “friends only.”

A defense official told Military Times that deployed troops were hacked; another said that the MWR network — which stands for the Army's Morale, Welfare, and Recreation program for soldiers and their families — was hacked, and contacts were obtained, which led to family members getting messages from hackers.

It's unclear when the potential hacking took place, and who could be behind it, but division leaders are stressing extra caution, and asking families to double-check their social media settings.