No, the 2nd Marine Division is not calling up Individual Ready Reserve Marines amid rising tensions in the Middle East

'To the best of my knowledge this is untrue. A prank by the same name (replete with a clown graphic at the bottom of the post so stating) was cycling around social media over the weekend.' 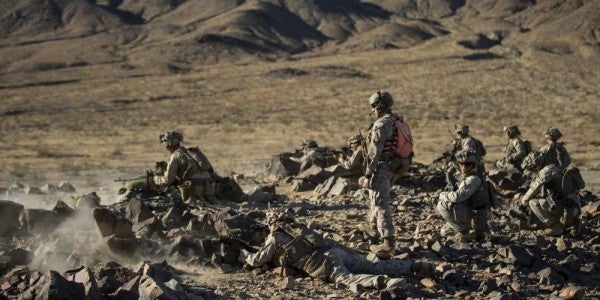 Despite what you may have seen floating around social media, the 2nd Marine Division is not begun involuntarily mobilizing Marines from the Individual Ready Reserve amid rising tension in the Middle East.

A bogus news story from “Chanel45News.com” claimed that, “with the heightened tensions with the ongoing conflict in Iraq,” the division would recall IRR Marines starting with those who had separated in 2016 and 2017, all of whom would have to attend a two-month combat readiness course at the School of Infantry on the East and West Coasts.

Troops in the IRR have left active-duty but still have time left on their obligation to serve. They do not belong to drilling units.

The story was an obvious hoax: the Channel45News.com website says it allows users to “Create A Prank & Trick Your Friends!” by masquerading jokes as legitimate news stories, and the IRR recall is replete with typos and a disclaimer that says, “You've been pranked!”

Indeed, a 2nd Marine Division spokesman confirmed to Task & Purpose that the division was not recalling Marines who had recently left active duty.

“To the best of my knowledge this is untrue,” said Lt. Col. Lyle Gilbert. “A prank by the same name (replete with a clown graphic at the bottom of the post so stating) was cycling around social media over the weekend.”

“No such word at the division … as of now,” Gilbert added.

During the Iraq war, the U.S. military involuntarily mobilized thousands of service members from the IRR. War critics accused the Pentagon of instituting a “backdoor draft” by recalling troops who thought they had left the service.

Speculation has emerged on social media that the U.S. military would once again mobilize troops from the IRR in the wake of the U.S. airstrike that killed Maj. Gen. Qasem Soleimani, head of the Islamic Revolutionary Guard Corps.

Iran has vowed to retaliate for the strike.