The U.S. military believes that an unarmed American drone reported lost near Libya's capital last month was in fact shot down by Russian air defenses and it is demanding the return of the aircraft's wreckage, U.S. Africa Command says 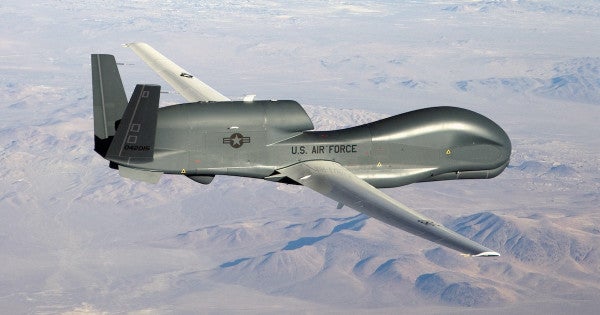 (Reuters) – The U.S. military believes that an unarmed American drone reported lost near Libya's capital last month was in fact shot down by Russian air defenses and it is demanding the return of the aircraft's wreckage, U.S. Africa Command says.

Such a shootdown would underscore Moscow's increasingly muscular role in the energy-rich nation, where Russian mercenaries are reportedly intervening on behalf of east Libya-based commander Khalifa Haftar in Libya's civil war.

Haftar has sought to take the capital Tripoli, now held by Libya's internationally recognized Government of National Accord (GNA).

U.S. Army General Stephen Townsend, who leads Africa command, said he believed the operators of the air defenses at the time “didn't know it was a U.S. remotely piloted aircraft when they fired on it.”

“But they certainly know who it belongs to now and they are refusing to return it. They say they don't know where it is but I am not buying it,” Townsend told Reuters in a statement, without elaborating.

The U.S. assessment, which has not been previously disclosed, concludes that either Russian private military contractors or Haftar's so-called Libyan National Army were operating the air defenses at the time the drone was reported lost on Nov. 21, said Africa Command spokesman Air Force Colonel Christopher Karns.

Karns said the United States believed the air defense operators fired on the U.S. aircraft after “mistaking it for an opposition” drone.

An official in Libya's internationally recognized Government of National Accord (GNA) told Reuters that Russian mercenaries appeared to be responsible.

Russian authorities deny using military contractors in any foreign military theater and say any Russian civilians who may be fighting abroad are volunteers. The LNA denies it has foreign backing.

One current and one former Russian contractor told Reuters that since September the LNA had received ground support from several hundred private military contractors from a Russian group.

Military officials linked to the GNA and Western diplomats have also confirmed the presence of Russian contractors in Libya.

Haftar, who claims to be fighting to rid Tripoli of Islamist-leaning armed groups, has received support from the United Arab Emirates and Egypt, and, most recently, from Russian mercenaries, according to diplomats and Tripoli officials

Frederic Wehrey, a senior fellow at the U.S.-based Carnegie Endowment for International Peace, said the Russians' contributions of advanced capabilities — everything from snipers to precision weaponry — could be felt on the battlefield, boosting the morale of Haftar's forces.

U.S. Defense Secretary Mark Esper, in an interview with Reuters earlier this week, declined to comment directly on the drone but said he believed Russia was trying to “put their finger on the scale” in Libya's civil war to create a situation that was advantageous to Moscow.

Townsend voiced deep concern about Russia's growing role in the country, including how it would affect Libya's “territorial sovereignty and AFRICOM's counter-terrorism mission.”

“This highlights the malign influence of Russian mercenaries acting to influence the outcome of the civil war in Libya, and who are directly responsible for the recent and sharp increase in fighting, casualties and destruction around Tripoli,” Townsend said.

Mohammed Ali Abdallah, advisor for U.S. affairs in Libya's GNA, said the U.S. drone had come down near the pro-LNA stronghold of Tarhuna, 65km (40 miles) south-east of Tripoli.

More than 1,400 Russian mercenaries were deployed with the LNA, he said.

“Only the Russians have that ability – and they were operating where it happened,” Abdallah said, in written comments sent to Reuters.

“It's our understanding that Haftar was asked by his Russian partners to claim responsibility, despite not having the capability or equipment to shoot down a US drone.”

More than 200 civilians have been killed and more than 128,000 displaced in the fighting since April, according to U.N. figures.