Abu Mahdi al-Muhandis, the commander of Kata'ib Hezbollah, was also reportedly killed in the strike near Baghdad International Airport on Friday. 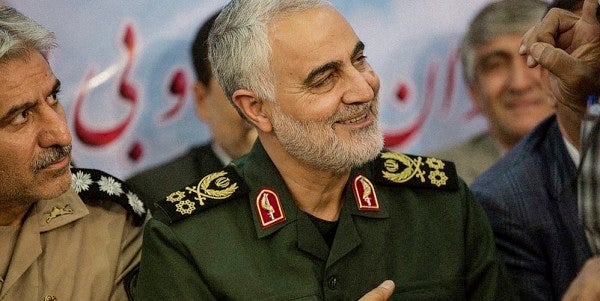 The head of the Iranian Guard Revolutionary Guard Corps, Maj. Gen. Qasem Soleimani, whom the U.S. government blames for the deaths of more than 600 U.S. troops in Iraq, has been killed in an airstrike, defense officials confirmed.

The Pentagon confirmed the strike in the following statement on Thursday:

“At the direction of the president, the U.S. military has taken decisive defensive action to protect U.S. personnel abroad by killing Qasem Soleimani, the head of the Iranian Revolutionary Guard Corps-Quds Force, a U.S.-designated Foreign Terrorist Organization.

“General Soleimani was actively developing plans to attack American diplomats and service members in Iraq and throughout the region. General Soleimani and his Quds Force were responsible for the deaths of hundreds of American and coalition service members and the wounding of thousands more. He had orchestrated attacks on coalition bases in Iraq over the last several months – including the attack on December 27th – culminating in the death and wounding of additional American and Iraqi personnel. General Soleimani also approved the attacks on the U.S. Embassy in Baghdad that took place this week.

“This strike was aimed at deterring future Iranian attack plans. The United States will continue to take all necessary action to protect our people and our interests wherever they are around the world.”

Abu Mahdi al-Muhandis, the commander of Kata'ib Hezbollah, was also reportedly killed in the strike near Baghdad International Airport on Friday. Kata'ib Hezbollah carried out the recent attack on the U.S. embassy in Baghdad and a rocket attack on Kirkuk that killed an American contractor.

News of the strike came just hours after Defense Secretary Mark Esper told reporters that the U.S. military would “take preemptive action” to protect U.S. personnel in the Middle East.

“The game has changed and we're prepared to do what is necessary to defend our personnel, and our interests and our partners in the region,” Esper told reporters at a Pentagon news conference.