Are we going to war with Iran? — A timeline of official statements

"We did not take action to start a war," Trump says after US kills Iranian general, deploys troops near Iran. 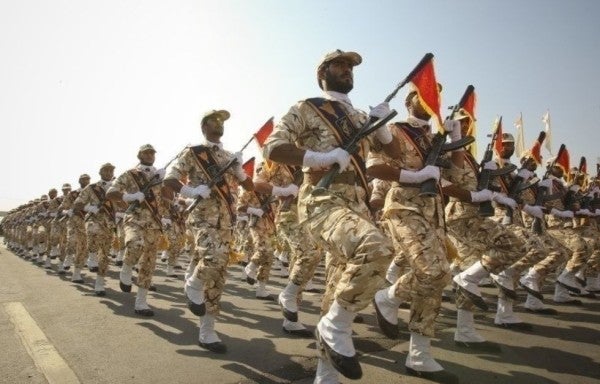 Clausewitz wrote that “war is the realm of uncertainty,” and the past 24 hours have proven him right: numerous officials within the Trump administration have put out somewhat conflicting statements about whether the killing of Iranian general Qasem Soleimani, the deployment of 3,500 additional paratroopers to the Middle East, and the overall rising tension between Washington and Tehran will result in the U.S. hurtling toward World War III.

The following official statements, laid out in chronological order, show that the fog of maybe-war is as thick as ever:

7:42 a.m.: Secretary of State Mike Pompeo declares the world “a much safer place” following the death of Soleimani, and that Americans in the region “are much safer today after the demise .”

Meanwhile, the U.S. Embassy in Baghdad urges American citizens to get out of Iraq ASAP, and suspends public operations until further notice.

1:02 p.m.: Al Jazeera reports that Ismail Qaani, Soleimani's successor as chief of Iran's elite Quds Force, stated that “soon will witness the bodies of Americans in all of the Middle East.”

1:50 p.m.: A Pentagon spokesman confirms reports that a brigade of the 82nd Airborne Division is being deployed to Kuwait. The deployment represents “an appropriate and precautionary action in response to increased threat levels against U.S. personnel and facilities,” said Lt. Col. Thomas Campbell.

3:53 p.m.: Despite the deployment and belligerent words from the Iranian military, President Donald Trump insists that the strike against Soleimani was meant “to stop a war. We did not take action to start a war.”

Pompeo also reportedly told Fox News on Friday that the strike against Soleimani was aimed at “settling the conditions for de-escalation” with Iran.

5:15 p.m.: Robert O'Brien, President Trump's national security advisor, says in phone call with reporters that “terrorist leader Soleimani” had a “long history of attacking Americans,” and urged Iran to “behave like a normal nation.” He added: “The United States will not be intimidated by threats from our adversaries.”