A senior Iranian military official claims that the country's elite Islamic Revolutionary Guards Corps had plans to attack 400 American targets if the U.S. retaliated against Iran for its attack on Al-Asad Air Base in Iraq in January 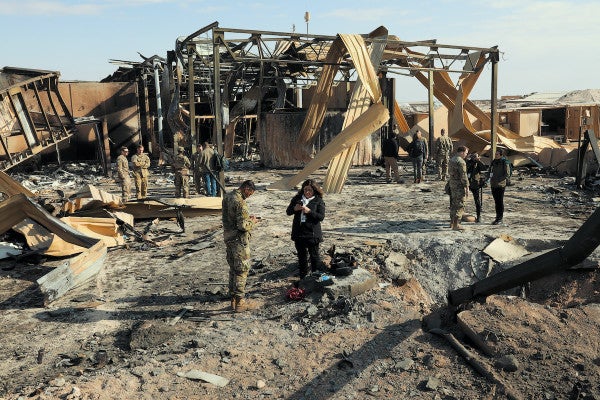 A senior Iranian military official claims that the country's elite Islamic Revolutionary Guards Corps had plans to attack 400 American targets across the Middle East if the U.S. retaliated against Iran for its attack on Al-Asad Air Base in Iraq in January.

“The day we attacked on Ain al-Asad, we thought the US forces would respond after 20 minutes, so we were ready to attack 400 American targets,” Brig. Gen. Amir Ali Hajizadeh, chief of the IRGC's Aerospace Force, told Iranian state media outlet Mehr News on Friday.

“Our plan was to attack 400 US targets if they responded,” he added.

According to the Center for Strategic and International Studies's Missile Defense project, Iran's diverse arsenal of ballistic and cruise missiles can attain ranges of up to 2,000 km, making them capable of easily reaching U.S. military installations across the Middle East.

President Donald Trump had stated in the immediate aftermath of the strike that any reprisal attacks for the death of Soleimani would result in the U.S. military striking 52 Iranian targets, one for each of the hostages Iran held for more than a year after seizing the U.S. embassy in Tehran in 1979.

While the ballistic missile attack on Al-Asad did not yield any fatalities, it resulted in more than 100 cases of traumatic brain injury among U.S. troops stationed there despite the fact that U.S. forces had several hours warning ahead of the attack.

Hajizadeh's comments to Mehr News came less than a week after Trump instructed the U.S. Navy to “destroy” any Iranian gunboats that harass U.S. ships in the Persian Gulf following an incident involving a swarm of nearly a dozen such watercraft harassing Navy and Coast Guard vessels operating there.

In the immediate aftermath of that incident, IRGC's top naval officer Adm. Ali Reza Tangsiri bragged that the paramilitary organization now possessed anti-ship missiles with a range of up to 700 kilometers in an obvious warning to the U.S. naval presence in the Persian Gulf.