'Upon final approval, service members entitled to receive the Purple Heart will be notified by their leadership.' 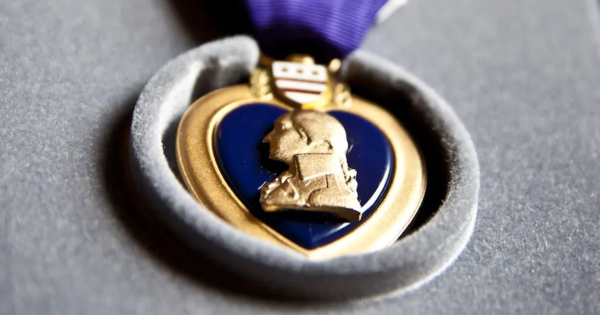 A number of U.S. troops who suffered from mild Traumatic Brain Injury as a result of Iran’s Jan. 8 ballistic missile attack on an Iraqi base are expected to receive Purple Hearts, Task & Purpose has confirmed.

CNN’s Barbara Starr first reported on Tuesday that the awards are in the final stages of review for several of the 110 troops who were eventually diagnosed with mild TBI.

It was not immediately known how many service members would receive the Purple Heart for the injuries caused by 11 Iranian ballistic missiles, which struck the Iraqi base in retaliation for a U.S. airstrike that killed Iranian Maj. Gen. Qasem Soleimani, former head of the Islamic Revolutionary Guard Corps.

“The Purple Heart submissions remain under review by [Combined Joint Task Force Operation Inherent Resolve] and are being processed in accordance with Defense Department and military services regulations,” said Pentagon spokeswoman Jessica Maxwell. “Upon final approval, service members entitled to receive the Purple Heart will be notified by their leadership.”

To qualify for the Purple Heart, troops must be diagnosed and treated by medical professionals for TBI as a result of an enemy attack and be removed from duty for 48 hours, Pentagon spokesman Jonathan Hoffman told reporters in January.

It took time for medical personnel on the ground to determine just how many troops had been injured by the missile attack.

President Donald Trump announced on Jan. 8 that no U.S. troops had been harmed by the attack. Two weeks later, Trump told reporters that some of the service members who lived through the attack were suffering from headaches, but he added, “It is not very serious.”

Immediately following the attack, commanders did a quick assessment and saw that none of the troops had acute injuries, such as a lost limb, the top medical advisor to the chairman of the Joint Chiefs of Staff told reporters in February.

Commanders then tested troops who had been within 50 meters of a blast for TBI, Air Force Brig. Gen. Paul Friedrichs said at a Pentagon news conference. Other troops were diagnosed with TBI when they went to the doctor days or weeks later for seemingly unrelated problems.

“A lot of people have said, well, why didn't we immediately identify everybody with a traumatic brain injury?” Friedrichs said at a Feb. 24 news briefing. “Because the signs sometimes are fairly non-specific.

“And if you're 18 or 19 or 20 years old, even though we've trained everybody who deploys downrange on what to look for, it’s quite common that we'll have folks who will say, you know, ‘I just was blasted; of course I'm not going to feel quite right, I'm going to ride this out for a few days;’ or, ‘I'm going to wait and see if this gets better.’” he continued. “And then they come in, several days or weeks after the fact.”

“Three more missiles hit – one within 150 meters of our bunkers,” Sermons recalled. “We could hear a shower of debris raining over the bunkers, smoke and dust filling the air inside. Aside from our shaky breathing, an eerie silence followed, then we heard rounds of ammo cooking off.”

Lt. Col. Staci Coleman, commander of the 443rd Air Expeditionary Squadron, said she had to make an agonizing choice in the hours leading up to the attack.

Coleman needed to decide which airmen would be evacuated and which had to stay behind. She did not see how any of her airmen would survive a ballistic missile attack, so the thought of ordering airmen to their deaths made her feel “sick and helpless.”

“In the end, I said a prayer and asked God to guide my action and protect my troops,” Coleman recalled. “I resolved to place the fate of my team in His hands and I refocused my attention on executing the plan.”