Roughly a dozen U.S. troops showing concussion-related symptoms are being medically evacuated from Al-Asad Air Base in Iraq to Landstuhl... 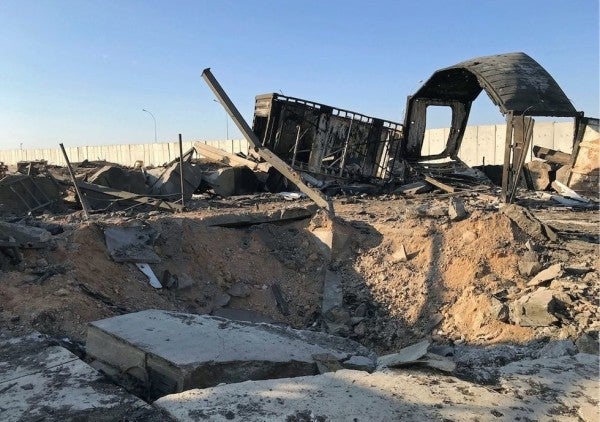 These troops are in addition to the 11 service members that have already been treated at medical facilities outside Iraq due to Iran's Jan. 8 ballistic missile attack on two Iraqi bases hosting U.S. troops.

Dan Lamothe of the Washington Post was first to report on Tuesday that even more U.S. troops were leaving Iraq for medical treatment following the Iranian attack.

The latest group of troops is being screened at Landstuhl out of an abundance of caution, a defense official told Task & Purpose on Tuesday.

President Donald Trump initially said that “No Americans were harmed” by the Iranian ballistic missile attack.

This is a breaking news story. More information will be added as it becomes available.