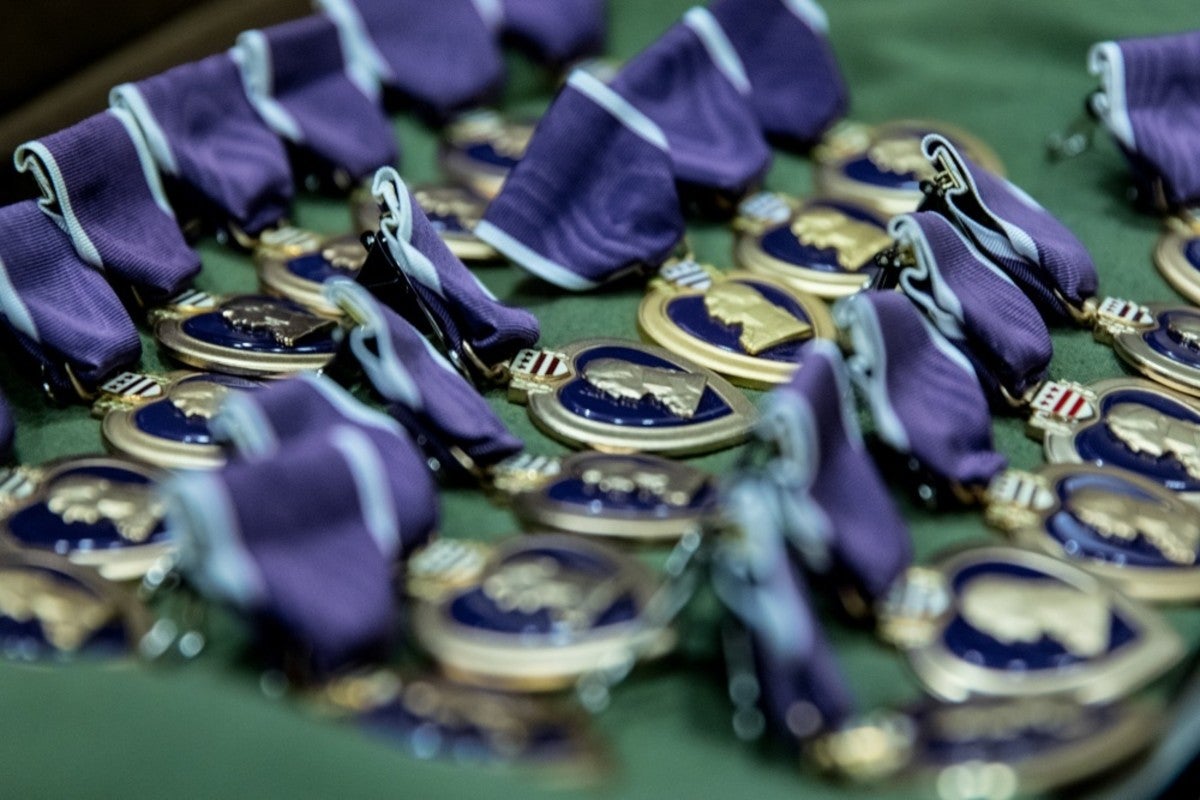 The three sailors who were killed during last year’s shooting at Naval Air Station Pensacola, Florida, will be posthumously awarded Purple Hearts, a Navy official confirmed.

“When confronted, they didn't run from danger; they ran towards it and saved lives,” Navy Capt. Tim Kinsella, NAS Pensacola’s commanding officer, said on Dec. 7. “If not for their actions, and the actions of the Naval Security Force that were the first responders on the scene, this incident could have been far worse.”

Eight other people were wounded in the shooting, which Attorney General William Barr later described as a terrorist attack.

Each sailor’s family will receive the Purple Hearts at private ceremonies that will be scheduled later, said James Stockman, a spokesman for Naval Education & Training Command.

Top Navy officials will present a variety of awards 34 other service members and civilians who were at Pensacola during the shooting, Stockman said.

That ceremony had been scheduled for March 16 but it has been postponed due to concerns about the coronavirus outbreak, Navy officials said.