'Private Second Class Smither was an invaluable member of the Falcon Brigade and the 82nd Airborne Division.' 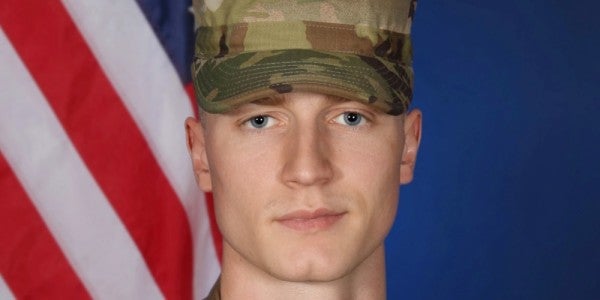 Army officials are investigating the Jan. 21 death of a 19-year-old paratrooper at Fort Bragg, North Carolina, according to the 82nd Airborne Division.

Private 2nd Class Caleb Smither had joined the Army in May 2019 and served as a construction equipment repairer with the 82nd Airborne Division's 2nd Brigade Combat Team, the division announced on Friday.

No information was available about how Smither died or why the 82nd Airborne Division waited 10 days before announcing his death.

“Private Second Class Smither was an invaluable member of the Falcon Brigade and the 82nd Airborne Division,” Col. Jason Curl, his brigade commander, said in a news release. “His passing is a devastating loss for everyone. Our thoughts and prayers are with his family, friends, and fellow Paratroopers. We are with them during this difficult time.”