A 21-year-old paratrooper who went missing earlier this year and was later found dead in North Carolina was decapitated, an... 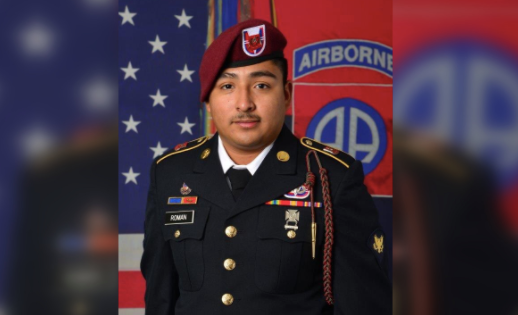 A 21-year-old paratrooper who went missing earlier this year and was later found dead in North Carolina was decapitated, an autopsy report says.

Spc. Enrique Roman-Martinez — who served as a human resources specialist with the 82nd Airborne Division’s Headquarters Company, 37th Brigade Engineer Battalion, 2nd Brigade Combat Team — was last seen on May 22 when he was camping with other paratroopers on Cape Lookout National Seashore in North Carolina, according to a previous report from the Fayetteville Observer. He was reported missing the next day by his friends.

The News & Observer reported on Friday that while Roman-Martinez’s death is believed to be a homicide, the cause of death “remains undetermined, because only a head was available for examination.”

“While decapitation is, in and of itself, universally fatal, the remainder of the body in this case was not available for examination, and therefore potential causes of death involving the torso and extremities cannot be excluded,” a report from the Division of Forensic Pathology at East Carolina University’s Brody School of Medicine said, according to The News & Observer. “A definitive cause of death cannot be determined, (but) the findings in this case are most consistent with death due to homicide.”

There was evidence of “multiple chop injuries of the head,” The News & Observer reports, and at least two breaks in the jaw.

Officials searched for Roman-Martinez over a 10-day period, until the search was suspended after “human remains” washed up on a beach, according to a National Park Service press release in June.

Maj. Gen. Christopher Donahue, commander of the 82nd Airborne Division, tweeted on Nov. 6 that they “lost Enrique to senseless violence.”

“We stand with his family in the pursuit of justice,” Donahue tweeted.

Roman-Martinez joined the Army when he was 17, the Fayetteville Observer reported, beliving it would “teach him discipline and responsibility and give him a way to go to college.”

During his time in the Army he received the Army Good Conduct Medal, Global War on Terrorism Service Medal, National Defense Service Medal, Army Service Ribbon, and the Army Parachutist Badge, according to the Fayetteville Observer.

The Army is offering a $25,000 reward for information leading to the arrest and conviction in this case, The News & Observer reports; no arrests have been announced thus far.