Lawmakers from Maine long have fought to get a medal created for those who served in the military during the... 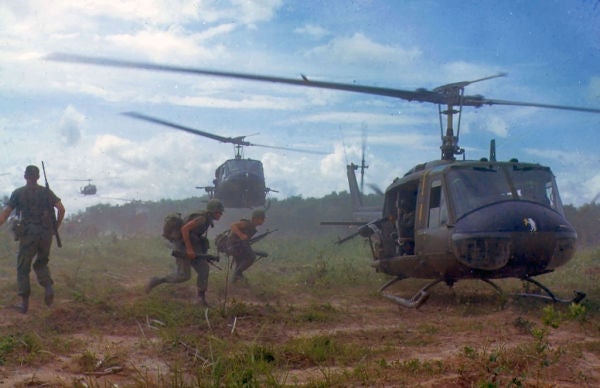 Lawmakers from Maine long have fought to get a medal created for those who served in the military during the Cold War, a time of high political tension between the U.S. and the former Soviet Union that started after World War II and ended when the Iron Curtain fell in 1991.

“They were instrumental in defending our country during a dangerous period of constant threats,” Democratic U.S. Rep. Chellie Pingree, who is the latest to pick up the Cold War medal effort, said in a news release. “Their service involved many kinds of sacrifices, and I think it’s time we recognize those veterans for it.”

Pingree, U.S. Rep. David Young, R-Iowa, and five other representatives earlier this month reintroduced the Cold War Service Medal Act, which would create a Department of Defense sanctioned medal for those who served in the military between September of 1945 and Dec. 26, 1991, when the Soviet Union dissolved. The bill has been referred to the House Armed Services Committee.

Former Defense Secretary William Cohen, who represented Maine in the U.S. Senate from 1979 to 1997, was tasked with creating the Cold War Recognition Certificate in 1999, but repeated efforts by Congress to create a Cold War Service Medal — often led or supported by Maine senators and representatives — have failed.

The adjutant general of the state of Louisiana approved the medal for its National Guard members years ago, and a non-Department of Defense sanctioned civilian medal is available from commercial suppliers.

Pingree, who has supported the effort previously, follows in the footsteps of former Republican Sen. Olympia Snowe, who sponsored the bill in the 111th and 112th Congress; current Republican Sen. Susan Collins, who supported the bill during the 2007-08 and 2011-12 sessions; and former Democratic U.S. Rep. Mike Michaud, who signed on as a supporter during three of his terms in Washington, D.C.

Around 94,000 of Maine’s 129,300 living veterans would qualify for the medal, Victoria Bonney, a spokeswoman for Pingree, said recently. At around $30 per medal, the expense of creating and distributing the medals would be around $2.8 million just for Maine, which is one reason the federal bill is likely to fail again.

One eligible veteran is former Army Staff Sgt. Peggy Dunlap of Waterboro, a communications technician who was stationed in Egypt, Germany, Honduras, Florida and South Korea between 1977 and 1987 before being medically discharged.

“Like other veterans, we gave up our civilian lives to put on a uniform,” Dunlap said a statement. “We went where we were told to go and did what we were told to do. But we aren’t recognized for it in the same way other veterans are because our country wasn’t officially at war at the time.”

“It is not just a medal in my eyes,” she said. “It is a way my country can show how much they appreciated my service to this great nation.”