A Vietnam veteran who served with the then-Fort Bragg-based 5th Special Forces Group will receive the nation’s highest military award... 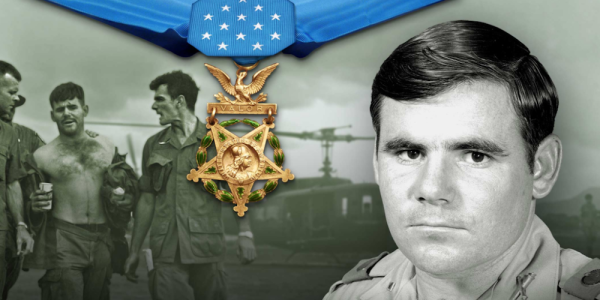 A Vietnam veteran who served with the then-Fort Bragg-based 5th Special Forces Group will receive the nation’s highest military award for valor, the White House announced on Sept. 20.

Rose, who lives in Huntsville, Alabama, with his wife, Margaret, will receive the medal for voluntarily risking his life numerous times while serving as a medic with Military Assistance Command, Vietnam — Studies and Observations Group, 5th Special Forces Group in Vietnam between Sept. 11 and Sept. 14, 1970.

While his unit was fighting a much larger enemy force, Rose “repeatedly ran into the line of enemy fire to provide critical aid to his comrades, using his own body on one occasion to shield a wounded American from harm,” according to the White House.

On the last day of the mission, while wounded himself, Rose again repeatedly exposed himself to enemy fire to help move wounded personnel to a helicopter extraction point and repel an enemy assault.

Rose was previously awarded the Distinguished Service Cross for his actions as part of what was called Operation Tailwind, which took place near Chavane, Laos.

Then-Sgt. Rose was part of a company-sized force consisting of Americans, Vietnamese and indigenous Montagnard fighters who were inserted dozens of miles behind enemy lines on Sept. 11, 1970.

The force was repeatedly attacked during the several days they spent in enemy territory. Throughout the fighting, Rose repeatedly left the safety of defensive positions to retrieve wounded comrades, according to the U.S. Army.

“Bravely and courageously, with no regard for his own safety, Rose moved through the enemy fire to render lifesaving medical treatment to the mounting numbers of wounded, personally engaging the enemy in order to get to the wounded men,” according to an Army account. “The fire becoming so intense, Rose had to crawl from position to position to treat the wounded. As he moved, Rose gave words of encouragement and directed the fires of the inexperienced and terrified Vietnamese and Montagnard troops.”

Rose was wounded during the second day of the mission when a rocket-propelled grenade landed nearby and sprayed him with shrapnel in his back, leg, and foot.

“I got a hole blown through my foot about the size of my thumb,” Rose said, according to the Army.

For the rest of the mission, he used a stick as a crutch but continued to treat other wounded soldiers while ignoring his own injuries.

The Army quoted Rose as saying that his job was about much more than just providing medical care.

“Your job (as a combat medic) is to maintain the person’s life, to keep them out of shock … You’ve got to talk to the person,” he said. “You’ve got to convince them that they’re going to be fine … even in the chaos of battle.”

Over the four-day battle, Rose is credited with treating between 60 and 70 wounded troops, saving numerous lives.

Despite the many wounded and fighting a much larger enemy force, only three men were killed during the fighting.

Rose enlisted in the Army in 1967 and began Special Forces training at Fort Bragg later that year.

Rose later attended Officer Candidate School in 1973 and spent the rest of his career in field artillery units in Germany, Korea, New Mexico and Oklahoma. He retired from the Army in 1987 and later worked as a technical consultant in the defense and automobile industries.

The 5th Special Forces Group was deployed to Vietnam from 1965 to 1971. Despite its small size, its soldiers are among the most highly decorated troops of the war, with 17 Medals of Honor having been awarded to date to soldiers in the group for actions in Vietnam.