Air Force Tech Sgt. John Chapman Will Be Awarded The Medal Of Honor In August

Air Force Technical Sgt. John Chapman will be posthumously awarded the Medal of Honor in a ceremony at the White... 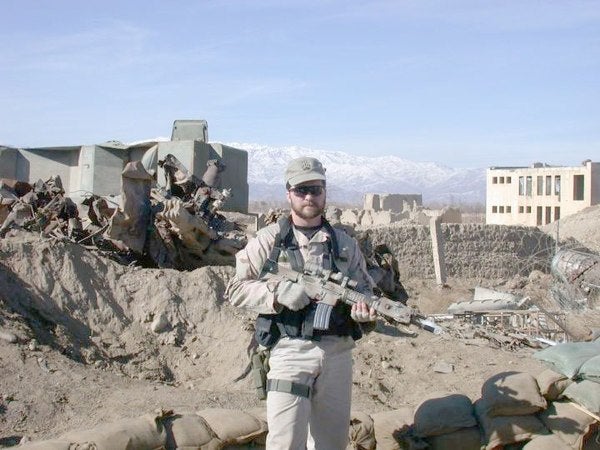 Air Force Technical Sgt. John Chapman will be posthumously awarded the Medal of Honor in a ceremony at the White House on Aug. 22, Task & Purpose has learned.

President Donald Trump will present the award to Chapman's wife Valerie Nessel, along with his family.

“Sergeant Chapman’s heroic actions, at the cost of his life, are credited with saving the lives of his teammates,” the White House said in a statement announcing the ceremony.

Chapman will receive the nation's highest honor for valor for his actions on March 4, 2002 on a peak in Afghanistan known as Takur Ghar, where he and a team of Navy SEALs attempted to establish an observation post during Operation Anaconda.

Air Force Tech. Sgt. John A. Chapman will be posthumously awarded the Medal of Honor. Chapman, a combat controller, will be the 19th Airman awarded the Medal of Honor since the Department of the Air Force was established in 1947. He will be the first Airman recognized with the medal for heroic actions occurring after the Vietnam War.Dept. Of Defense

Chapman personally shot and killed at least two enemy fighters shortly after his insertion, alongside “Slab,” who engaged multiple enemy positions and cleared a small bunker. Amid withering fire and after Chapman was wounded and presumed dead, the SEALs evacuated the peak.

Slabinski received the Medal of Honor for his action during the battle in May. Chapman's award is an upgrade from the Air Force Cross, which he received in 2003.

“Tech. Sgt. John Chapman earned America’s highest military award, the Medal of Honor, for the actions he performed to save fellow Americans on a mountain in Afghanistan more than 16 years ago,” Secretary of the Air Force Heather Wilson said in a statement. “He will forever be an example of what it means to be one of America’s best and bravest Airmen.”

This will be the first Medal of Honor presented to a member of the Air Force since the Vietnam War.

Tech. Sgt. John A. Chapman, shown at the rank of Senior Airman, will be the 19th Airman awarded the Medal of Honor since the Department of the Air Force was established in 1947.Dept. Of Defense