"Everyone was scared, but we don't leave each other behind, I did all I could do." 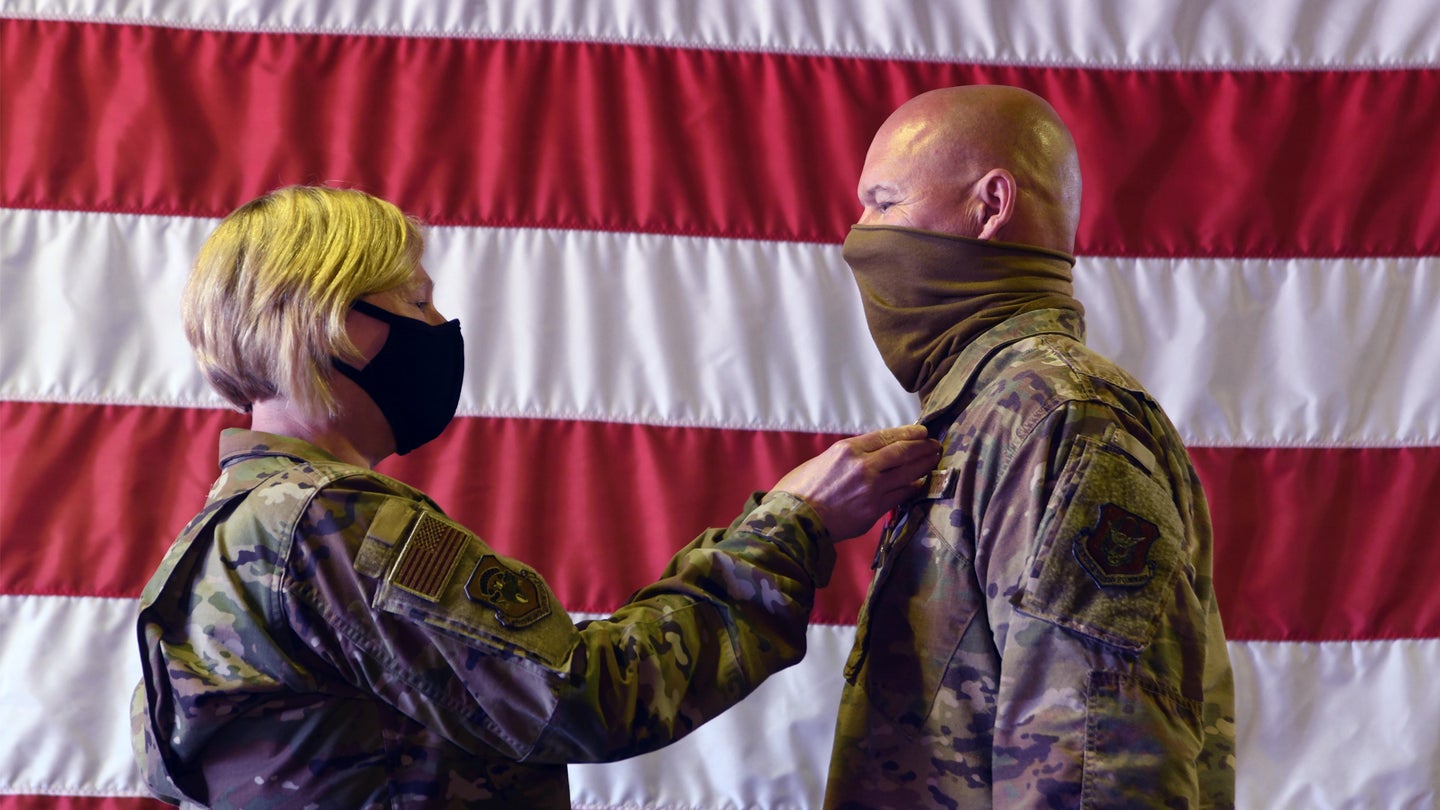 When Senior Master Sgt. Rick Johnson was notified he’d be deploying to Iraq in Oct. 2019, he figured it would be just like his last two deployments to a combat zone.

Johnson — the operations flight chief for the 69th Aerial Port Squadron out of Joint Base Andrews, Md. — was awarded the Bronze Star and Air Force Commendation Medal on Oct. 3 for his heroic efforts during a deployment to Camp Taji, Iraq, earlier this year, which saw dozens of enemy rocket attacks in March.

Chief Master Sgt. Israel Nunez, the 69th APS Superintendent, said during the October award ceremony that Johnson’s actions “are reflective of his ability to provide assertive and decisive leadership when it matters most,” according to an Air Force press release.

“He was tasked with the role, tasked knowing the risks that he would encounter,” Nunez said. “When that danger presented itself, Senior MSgt. Johnson put his own safety on the line to provide Airmen with critical care and guidance during the aftermath of an extremely treacherous attack.”

When Johnson first arrived at Camp Taji, Iraq, to take over as the 442nd Air Expeditionary Squadron Superintendent, he also took over the role of interim first sergeant. For the most part, he said he was “enjoying” the deployment — he was staying busy, and because of his civilian job as an airport manager he had additional knowledge to assist his commander and the airfield management team “on numerous operations.”

“I was the subject matter expert for aerial port operations,” Johnson said in the release. “Not only was I able to perform my primary duties, but having all of the additional knowledge that I have, I was also able to work with air traffic control as well [to] help the commander get a better understanding of details.”

On March 11, however, Johnson was in bed about to go to sleep when he heard an explosion “so close you almost felt the rattle in your teeth.”

His housing unit had been hit by a rocket. He said he “knew for a fact” that he wouldn’t survive if he stayed in his room, so he ran for the bunker.

“I never experienced this type of fear, all around me people were screaming. No one knew what to do,” Johnson said. “You go through all this training, but when it actually happens, you’re frozen in fear. I knew I couldn’t just stay in the bunker. There were people trapped in the rooms. I knew I needed to do something.”

So he did; Johnson left the safety of the bunker and ran back to his room to grab his gear. He went first to the area of the housing unit “that was in danger of structural collapse at any second,” the press release says.

When he entered the first room, he found two wounded Airmen and immediately began performing “lifesaving procedures until the medics arrived,” he said.

“Everyone was scared, but we don’t leave each other behind, I did all I could do.”

A total of 26 rockets hit Camp Taji that night, leaving two Americans and one coalition member dead. Just a few days later, there were more than two dozen rockets landed in a second attack.

Johnson said it was “devastating” but that he knew he needed to stay strong for his airmen, many of whom began wanting to sleep in the passenger terminal instead of the housing unit because it felt safer.

“These Airmen are young, a lot of 18, 19, 20 year olds,” Johnson said. “I felt their pain. We were all traumatized by this, but as their first sergeant it was important that I supported them the best way possible.”

While Johnson said he was “humbled” to receive the Bronze Star and Air Force Commendation Medal, that wasn’t why he did what he did.

“I didn’t do it for the medals,” he said in the press release. “The position I filled was great. Knowing I did my job, and to be in that environment where I was able to build those relationships with my commander and my airmen was all the fulfillment I needed.”