The United States has poured ten of billions of dollars into developing fifth-generation stealth fighters such as the Lockheed Martin... 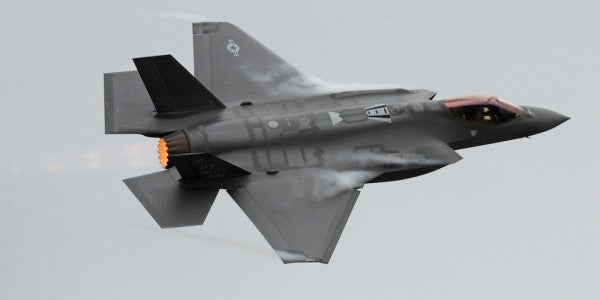 The United States has poured ten of billions of dollars into developing fifth-generation stealth fighters such as the Lockheed Martin F-22 Raptor and F-35 Joint Strike Fighter. However, relatively simple signal processing enhancements, combined with a missile with a large warhead and its own terminal guidance system, could potentially allow low-frequency radars and such weapons systems to target and fire on the latest generation U.S. aircraft.

It is a well-known fact within Pentagon and industry circles that low-frequency radars operating in the VHF and UHF bands can detect and track low-observable aircraft. It has generally been held that such radars can’t guide a missile onto a target—i.e. generate a “weapons quality” track. But that is not exactly correct—there are ways to get around the problem according to some experts.

The width of the beam is directly related to the design of the antenna—which is necessarily large because of the low frequencies involved. Early low-frequency radars like the Soviet-built P-14 Tall King VHF-band radars was enormous in size and used a semi-parabolic shape to limit the width of the beam. Later radars like the P-18 Spoon Rest used a Yagi-Uda array—which were lighter and somewhat smaller. But these early low-frequency radars had some serious limitations in determining the range and the precise direction of a contact. Furthermore, they could not determine altitude because the radar beams produced by these systems are several degrees wide in azimuth and tens of degrees wide in elevation.

Another traditional limitation of VHF and UHF-band radars is that their pulse width is long and they have a low pulse repetition frequency [PRF]—which means such systems are poor at accurately determining range. As Mike Pietrucha, a former Air Force an electronic warfare officer who flew on the McDonnell Douglas F-4G Wild Weasel and Boeing F-15E Strike Eagle once described to me, a pulse width of twenty microseconds yields a pulse that is roughly 19,600 ft long—range resolution is half the length of that pulse. That means that range can’t be determined accurately within 10,000 feet. Furthermore, two targets near one another can’t be distinguished as separate contacts.

Signal processing partially solved the range resolution problem as early as in the 1970s. The key is a process called frequency modulation on pulse, which is used to compress a radar pulse. The advantage of using pulse compression is that with a twenty-microsecond pulse, the range resolution is reduced to about 180 feet or so. There are also several other techniques that can be used to compress a radar pulse such as phase shift keying. Indeed, according to Pietrucha, the technology for pulse compression is decades old and was taught to Air Force electronic warfare officers during the 1980s. The computer processing power required for this is negligible by current standards, Pietrucha said.

Engineers solved the problem of directional or azimuth resolution by using phased array radar designs, which dispensed with the need for a parabolic array. Unlike older mechanically scanned arrays, phased array radars steer their radar beams electronically. Such radars can generate multiple beams and can shape those beams for width, sweep rate and other characteristics. The necessary computing power to accomplish that task was available in the late 1970s for what eventually became the Navy’s Aegis combat system found on the Ticonderoga-class cruisers and Arleigh Burke-class destroyers. An active electronically scanned array is better still, being even more precise.

With a missile warhead large enough, the range resolution does not have to be precise. For example, the now antiquated S-75 Dvina—known in NATO parlance as the SA-2 Guideline—has a 440-pound warhead with a lethal radius of more than 100 feet. Thus, a notional twenty-microsecond compressed pulse with a range resolution of 150 feet should have the range resolution to get the warhead close enough—according to Pietrucha’s theory.

The directional and elevation resolution would have to be similar with an angular resolution of roughly 0.3 degrees for a target at thirty nautical miles because the launching radar is the only system guiding the SA-2. For example, a missile equipped with its own sensor—perhaps an infrared sensor with a scan volume of a cubic kilometer—would be an even more dangerous foe against an F-22 or F-35.