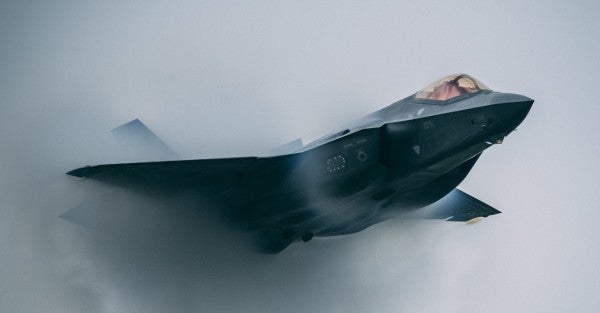 The fifth-generation fighter is believed to be lying on the ocean floor at a depth of as much as 5,000 feet.

Hosomi was an experienced pilot with over 3,000 flight hours, including more than 60 hours on the F-35 alone. The fighter, which was assembled by Mitsubishi Heavy Industries, was less than a year old. It was in the air for 28 minutes before it disappeared.

In response to the crash, the first involving an F-35A, Japan grounded the remainder of its F-35 fleet.

The Department of Defense and the Japanese defense ministry have dismissed concerns that China or Russia might attempt to recover the downed aircraft in an attempt to harvest its secrets.

The US and Japan have, nonetheless, been searching tirelessly for the fighter.

US search and rescue efforts to find the missing pilot have officially ended, the Pentagon told reporters last Thursday, but the US military is continuing to cooperate with the Japanese armed forces to locate and recover the aircraft.

Here is everything the US military has deployed to support the Japanese submarine rescue ships, coast guard vessels, rotary aircraft, and, most recently, maritime survey vessel involved in the hunt for the missing F-35, the most expensive weapon in history and one of the most advanced aircraft in the world today.

A US Navy salvage team equipped with unmanned underwater vehicles and a towed TPL-25 “black box detector” capable of detecting emergency beacons at the depths up to 25,000 feet joined the search this week aboard the DSCV Van Gogh, the Navy's 7th Fleet announced Thursday.

The tools the team sailed out of Okinawa were used in the failed search for Malaysian Airlines Flight 370, which mysteriously disappeared in 2014, USNI News reported Friday.

P-8A Poseidons, introduced in 2013 to replace the P-3 Orion, are said to be one of the best anti-submarine warfare aircraft available.U.S. Navy/Mass Communication Specialist 1st Class Bryan Niegel

US Navy P-8A Poseidon maritime patrol aircraft, planes meant to hunt submarines, set out at the same time as the destroyer.

From April 9 through April 17, the USS Stethem and the P-8A aircraft searched an area of approximately 5,000 square nautical miles. The maritime patrol aircraft flew a total of 182 hours.