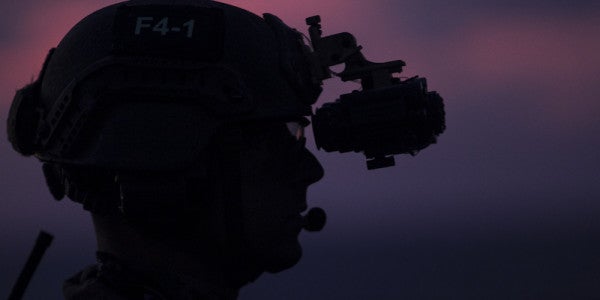 The BNVG II, when taken with the new M27 Infantry Automatic Rifles and Mk 13 Mod 7 sniper rifles, certainly represents the gear of an even deadlier Marine. But it's also worth noting that L3 Technologies announced a three-year, $391 million contract for the new Enhanced Night Vision Goggle-Binocular (ENVG-B) googles that effectively allow troops to fire around corners — to the Army. Soon! Christmas is just a few months away.